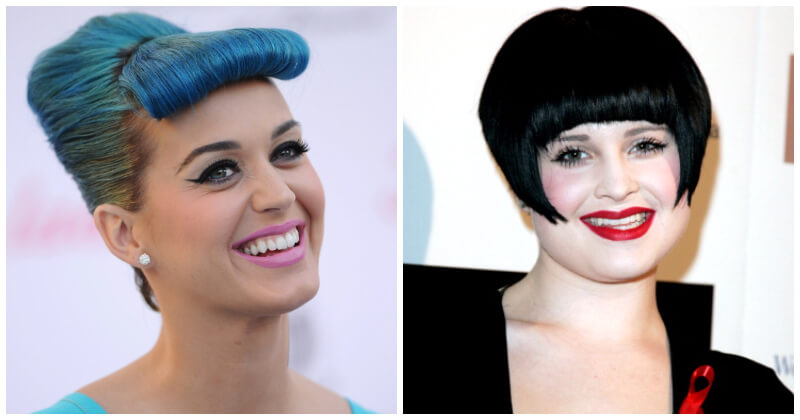 Celebrities are all about standing out. There are many things they can do to draw the public’s attention wherever they show up. Some choose to go with eye-catching outfits or bring along a companion. For those who seek attention, changing the way you look is the quickest and most effective method, and among the most common suggestions, is a change of hairstyle.

Celebrities are under public eyes most of the time. Thanks to the Internet, each and every single aspect of their lives can be found just about anywhere. Among the celebs’ most prominent aspects is their hairstyle. Whenever a new celeb hairdo comes out, it makes people look twice, perhaps even thrice. While some hairdos may mark the rise of a new fashion trend, it is without a doubt that there are other styles that can be considered inappropriate for people of all classes. From rainbow-colored hair and leopard spots, lace, feathers, and pins hidden in the hairdo, to a hat made of hair – these celebrities can go wild with their hair. And the bizarre hairstyles just don’t stop coming.

From Katy Perry to Mena Suvari, here are 21 celeb hairdos that garnered a lot of media attention when they came out. Have you ever styled your hair in some truly unusual way? And did you like the result?

25 Confusing Photos That Bombard Our Brains And Fog Our Thoughts

15 Dreadful Pictures That’ll Give You Your Worst Nightmares

20 Masterpieces That Came Out Of The Photoshop Battles

Who Do You Think Should Win The “Not My Job” Awards Out Of These 20 Nominees?