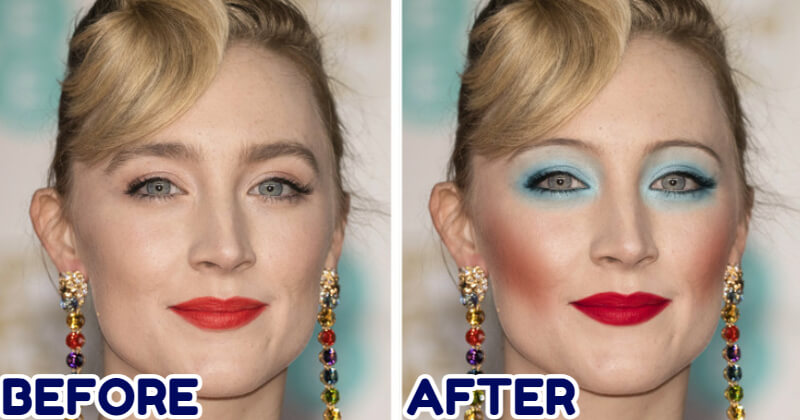 Fashion trends are moving in constant motion, more rapidly than ever before. This is especially true in a fast-paced society like we have today. It’s obvious that the trends nowadays are really different from the 2000s.

You might be surprised to learn that the fashion trends from the 2000s are once again in style if you grew up in that time period. I was born in 1994, and to this day, it seems as though the 1990s were only yesterday. I used to obsess over buying pretty much anything Paris Hilton wore as a child while watching Britney Spears music videos. The fashion styles of the 2000s strike me as being even more nostalgic than those of the 1980s or 1990s.

However, fashions like ultra-low-rise jeans are better left in the past. It’s a good sign that not everything we wore in the 2000s is continuing into the 2020s. Along with fashion, makeup trends in this time period were also very different from the ones we see today. If you’re someone who wants to endorse the 2000s makeup trends, take a look at 15+ photos of celebrity makeups if they were in the ‘00s in the article below. Selena Gomez, formerly a mainstay in the Disney realm of TV series, films, and music, has now established herself as a solo artist and philanthropist. Bella Hadid is an American supermodel who, together with her sister Gigi, has reached the peak of the fashion industry. Australian actress Margot Robbie is most well-known for her parts in “The Wolf of Wall Street,” “Suicide Squad,” and “I, Tonya.” Anya Taylor-Joy, an actress of British and Argentine descent, is best known for her work in the horror movies “The Witch,” “Split,” and “Glass.” She has earned the moniker “scream queen” thanks to her well-liked turns in horror films. Zendaya, an actress and singer, initially gained notoriety in 2010 with the television comedy “Shake It Up.” She later starred in high-profile motion pictures such as “Spider-Man: Homecoming” and “The Greatest Showman.” Young American actress Mary Elle Fanning is well-known for her parts in movies like “Phoebe in Wonderland” and “The Neon Demon.” Fanning, the younger sister of well-known actress Dakota Fanning, was born in Conyers, Georgia. She started performing at a very young age. For her breakthrough performance as the telekinetic little girl Eleven in Netflix’s “Stranger Things,” Millie Bobby Brown is best known. In the romantic drama movie “The Danish Girl,” Alicia Vikander, a Swedish actress, earned the Academy Award for Best Supporting Actress for her portrayal of painter Gerda Wegener. Olivia Palermo is an American model, entrepreneur, socialite, and television personality. She also influences fashion. Palermo gained notoriety in 2007 after suing socialiterank.com for publishing incorrect information. Olivia Palermo is a model who has graced the covers of well-known publications including Cosmopolitan, Elle, Harper’s Bazaar, and L’Officiel. Banana Republic, Aerin, and Max & Co. have all used Olivia Palermo as their spokesperson. Ethan Hawke and Uma Thurman’s daughter, Maya Hawke, is a rising actress. Critics were convinced that the budding star was equally gifted as her parents despite the fact that she had only a few parts, each of which was so outstanding. Dove Cameron, born Chloe Celeste Hosterman, is a well-known actress who rose to stardom as a result of her Disney Channel television series. Dove began landing jobs in movies and various television ventures after serving as the channel’s prominent face for three years. By the age of 16, singer Taylor Swift was already well-known for her country songs. Early singles like “Love Story” and “You Belong With Me” were popular with both country and mainstream listeners, propelling her albums, notably the Grammy-winning Fearless, to multi-platinum success (2008). American actor Joey King gained popularity for her role as a young child actor in the comedy “Ramona and Beezus.” Joey, who was born and raised in Los Angeles, California, has been involved in the entertainment industry since she was 4 years old. Before branching out into Hollywood movies, Saoirse Ronan started her career on the Irish television programs The Clinic and Proof. I Could Never Be Your Woman and Atonement, both released in 2007, both starred Ronan, who received an Oscar nomination for best-supporting actress for the latter. At the age of 17, Florence Pugh obtained her first acting role. A few years later, she was nominated for a British Academy of Film and Television Arts Rising Star Award. Her roles have been in anything from historical dramas to horror films to Marvel action pictures.