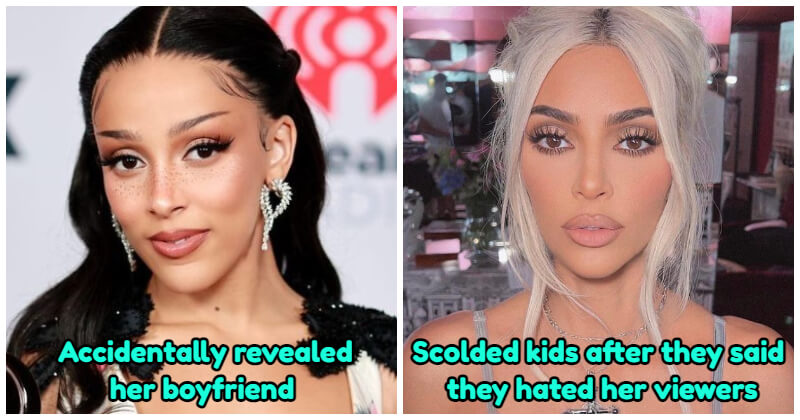 The importance of Instagram Live can’t be seemingly downplayed. Since its debut in 2016, Instagram Live has been a massive success that has boosted the careers of numerous high-profile celebs.

In recent years, Covid 19 pandemic has made people stick at home which may severely affect their mental health. However, celebrities don’t let this health crisis get them down. Although many artists resort to postponing or canceling concerts, some others entertain their fans on Instagram Live, making social distancing more exciting and healthy. Celebrity streaming shows on the platform become more frequent in the coming days and weeks. Whether they are live music or engaging conversations, celebs bring a little joy to millions of people. However, several famous people do silly things, making their Instagram lives chaotic and awkward.

Below are 15 times celebs went on Instagram Live and it went wrong. Kim Kardashian is a socialite, model, media personality, and businesswoman who has taken the world by storm in the past two decades. She is well-known on Instagram with 320 million followers and her reach on Instagram is almost peerless. On 22 Jun, she has an interesting live stream to connect with fans. On the mid-Instagram live, she scolded her children after they said they hated her viewers. On 9 Oct 2021, while Adele went live on Instagram to answer some questions about her new album “30”, some of the comments were slightly off track. When someone asked her what her body count was, the singe said “What’s my body count? What does that mean?”. Adele’s response to this question became the most iconic moment of the Q&A. Millie Bobby Brown posted a video of her nighttime skin routine to support her vegan skin care line, Florence by Mills. In the video, the actress didn’t actually use the products to remove her makeup, though she said: “I’m applying now!”. After lots of backlashes, she apologized on Instagram and admitted that she wasn’t an expert. Justin Bieber, Hailey Bieber, and Kendall Jenner hopped on Instagram Live. In April 2020 and talked about how blessed they are amid the pandemic. The live stream paid the attention of over 1 million people around the world. When a fan asked how she liked her house, Jenner said that her house was literally the perfect place on the planet. Doja Cat has hidden her boyfriend from her fans, but she accidentally revealed him whilst on Instagram live on 19 Feb. while the “Kiss Me More” singer chilled out in the pool and talked to her fans, a man in the back called her “babe”. Turning the camera away, she replied to the man: “Oh, I’m on live” and then she ended the stream. After the clip went viral, fans started speculating who the man could be. On 28 March, Lovato made an accident appearance on Ehrich’s Instagram Live. While he was performing on the piano, she walked into the frame. Ehrich seemed to mouth “I’m live” multiple times before she realized and covered her face with a blanket. 21 Savage decided to spend his spare time in quarantine hosting an R&B concert on Instagram Live. The rapper belted out of melody of hits and he was super off-key In her live stream, Cardi B was angry and said “I hope your mom catch AIDs”. The tirade kicked off when the singer saw a headline written by Access Hollywood that claimed she’s said her daughter call someone “mommy due to her working. In quarantining, Jonathan Cheban, known as Foodgod, asked a simple question to his Instagram followers “Should I go live later?” and, it was hilarious when most people were like no. Cameron Diaz had a relatable moment when trying to pin a comment on an Instagram session. She totally struggled with social media that didn’t know how to work Live. Azealia Banks felt so happy and spoke proudly about Vladimir Putin and Kim Jong-Un knowing who she is. Some fans said she was truly an entertaining spectacle. Taylor Swift revealed the name of her album, Lover, and announced its scheduled August 23 release date in an Instagram Live video. Suddenly, the pop star broke Instagram because so many people joined. Instagram eventually addressed the issue and later alerted fans when the problem had been fixed. Hannah Brown faced backlash after she sang the N-word during an Instagram live video. The star was singing DaBaby’s song “Rockstar” when she said the racial slur. After that, the singer issued a typed apology to her fans, calling her language “unacceptable” and promising to do better. Lindsay Lohan took to Instagram Live from Russia, in which she confronted a family and accused them of child trafficking. She felt so worried about the family and claimed they were Syrian refugees.