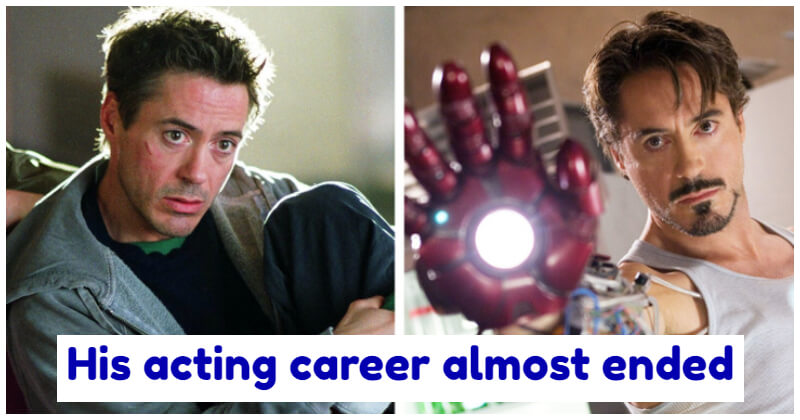 All actors who are active in the film industry understand that their careers are bound to have ups and downs. One day, they might be the highest-paid actor because of their brilliant work. Someday, their career might be ruined by some terrible roles. When these actors take part in Hollywood’s game, they have to accept the rules. Some famous actors decide to leave the spotlight because they aren’t competitive enough with other actors.

However, some actors grasped their opportunities and managed to confront that fate. Amy Adams is an example. Before being a movie star, she almost quit acting because she faced so many difficulties in her career. Luckily, she got cast for the 2005 comedy-drama film, Junebug, which helped her gain a nomination for an Academy Award. After that, she won the Golden Globe twice.

Below is a list of actors who almost ended their careers but were saved by one role. The actress Monique Coleman began acting at a young age, but she only played some minor roles. That’s why she considered quitting acting. However, she changed her mind because of an offer from Disney to take part in the High School Musical, and that saved her career. Amy Adams is a two-time Golden Globe-winning actress, but she found many troubles when starting her career. She almost quit her acting job, but luckily, she got cast in an indie movie, Junebug, which brought her a nomination for an Academy Award. Then, Adams decided to stay in the cinema world. Hong Chau had been acting for 10 years before she landed a movie named Downsizing, which made her career take off. Before finding her luck, she thought of quitting many times, but her faith kept her going. She truly deserves her success. Elizabeth Olsen nearly quit acting due to the way the media treated her older sisters, Mary-Kate and Ashley Olsen. But she was invited to a role in the movie, Martha Marcy May Marlene, which help her career bloom later. Claire Danes’ role in the TV series, Homeland, actually saved her career. She decided to take a 2-years break. Before being saved by her role in Homeland, she thought that she could switch her career to interior design, but everything changed. At the age of 25, Jon Hamm decided to spend 5 years to find his success in Hollywood. However, he was going to move back to his hometown. He had a few minor roles, Jon just wanted to earn a living as an actor when working on the movie, We Were Soldiers. Surprisingly, he turned 30 years old right on the set of that movie, so his dream came true. Josh Brolin’s dad was also an actor, but that didn’t guarantee him a successful career. He was mostly unemployed for 22 years, doing mediocre and unknown roles now and then. However, everything changed when he booked the role of Thanos in Guardians of the Galaxy. At first, he wasn’t even credited for his work, but later on, he became a huge part of the Marvel Cinematic Universe. The actor was going to end his business because he lose his acting enthusiasm. But he tried his luck in a TV show, The Good Place. But his TV show were lasting 4 seasons, and Harper appeared in more hit projects, like the movie Midsommar. He is now one of the biggest stars in the world and is most recognizable as Iron Man, but things went wrong that his career almost ended because of his role in Kiss Kiss Bang Bang. After that, he landed the famous Marvel role. Downey said that Jon Favreau saw Kiss Kiss Bang Bang and thought that he could do an action movie, so he cast him as Iron Man. Jenna Fischer is prominent for her role in the long-running series, The Office, but before that, she had tried to get a minor role for a long time. She had failed in casting for many roles until she got the role of Pam in The Office which made her famous. During that time, she almost gave up on her dream to become a vet tech. The actress had a hard time finding work and was feeling jealous of her peers who were in college, seemingly knowing where their lives were going. After she didn’t get the role on the TV show, United States of Tara, she nearly gave up her dream of being a famous actor. But her luck changed everything after the series got picked up by the network, the role of Kate, which she auditioned for, was being called for a recast. And Larson took part in the movie this time. Robert Pattinson rose to stardom by playing the vampire, Edward Cullen, in Twilight, and his fate was close to being sealed, he wouldn’t be able to escape getting typecast and missing out on opportunities to play different characters. However, he managed to turn his career around by doing independent, serious films, like Good Time, which ended up winning a lot of awards.

Which Disney Princess Is The Best Role Models?