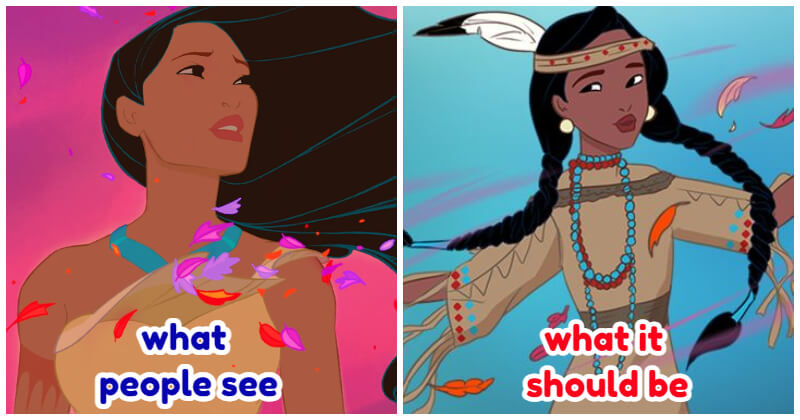 Disney movies have done an excellent job of visually immortalizing some of the world’s best stories. From Hans Christian Andersen’s fairy tales to traditional folk favorites, Disney animations have brought characters like Cinderella, Mulan, and Moana to life in our minds.

Because most Disney princesses aren’t based on real people, they appear the way they do because whoever drew them for the movies wanted to. But, because some of these films were adapted from stories from a particular cultural background, have you ever wondered if any of our favorite characters in these films were appropriately portrayed?

We’ll look at the artwork of many artists who undertook detailed research to represent Disney princesses as accurately as possible. They customized their dress designs and colors, as well as their hair and cosmetics, to reflect their distinct times. Snow White lived during the Protestant Reformation in 16th-century Germany. Women wore mainly dark-colored clothes with high collars at the time. Ladies also would usually wear a headdress and have their hair pinned back. The ballad of the mythical Princess Mulan, written during the Northern Wei Dynasty, describes the tale of a girl who disguised herself as a male by cutting her hair short. However, in terms of her clothes, ladies of this era were known to wear loose and layered clothing with unusually large arms and a tight waist. They also wore flowers in their hair and donned bright and lively makeup. Pocahontas, whose original name was Matoaka, which means “flower between two streams,” was between the ages of 10 and 12 during this story, not in her twenties as she appears in the Disney film. She wore deer hide with beads draped around her neck and braided her hair because she was the Powhatan chief’s daughter. It’s difficult to show undersea Ariel accurately because we’ve never seen a mermaid in real life, so let’s go with her appearance when she was transformed into a human. Women wore off-the-shoulder costumes and wide poofy sleeves in the 17th century, which was the setting of the story, and this is most likely what should have been shown in the film. Belle was one of the princesses whose animation was more accurate than most of the others, although her portrayal was still not “perfect.” Belle’s clothing should have been more fashionable as the story is set in 18th century France. They had flowers, ribbons, lace, feathers, and jewelry in addition to the poufs that the ladies wore at the period. Rapunzel’s narrative takes place in Germany in the mid-16th century. Women wore particularly ladylike apparel at the time, and the outfits were known as Cranach’s gowns, attributed to a German painter. This narrative was supposed to have originated in the 18th century, however, it could have been inspired by a far older myth about a woman from China who lived around 206 BCE. You should also be aware that there were few portraits of women with blonde hair during this period because it was not a popular hair color in the 1830s. Princess Aurora’s narrative in Sleeping Beauty takes set in 14th-century France. Noblewomen wore fitted garments with tight-fitting sleeves and bodices back then. These garments, known as Cotehardie, were frequently buttoned down the front. Elsa lived in the mid-nineteenth century when women wore elegant Victorian gowns with ballgown shapes. They had only recently begun to use corsets, and needlework was not widely used. Elsa would have worn a more beautifully made cape as a new queen, rather than the simpler one she wore in the film. Princess Jasmine was given the name Badroulbadour at first. According to rumors, her name was changed to make her more approachable. Because of the hot climate in which she lived, she initially wore loose-fitting and modest attire.

10 Goofs In Movies That Viewers Couldn’t Help But Notice

15+ Actors Who Became Unrecognizable For A Movie Role, Proving The Power of Makeup