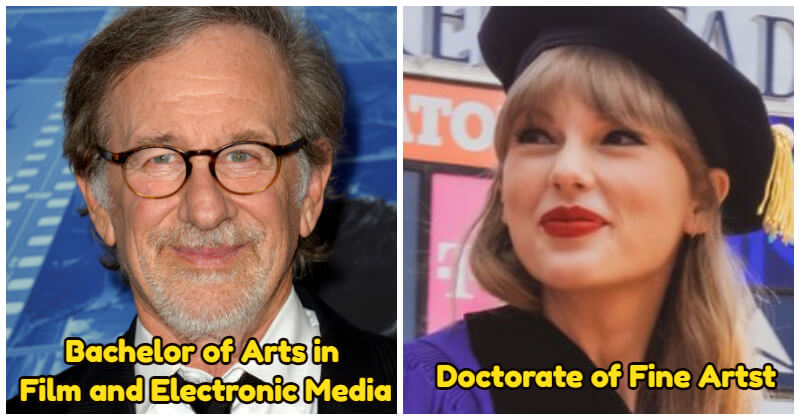 The United Nations recognizes education to be a basic human right and it plays an integral part in our lives. When gaining a good education, we are able to broaden our perspectives and views of the world and acquire a professional amount of skills and knowledge in a variety of subject areas. We have greater opportunities to improve our lives and positions in society. Celebrities are not immune to the need for education. For them, fame isn’t everything.

Because the majority of celebrities juggle a jam-packed schedule filled with filming, press, and other Hollywood opportunities, they have no time for their private lives. However, for some stars, getting an education is valuable. These famous people went back to school to finish their chosen majors.

Below are the stories of 12 celebrities that can inspire some people to return to school to fulfill their dream. Natalie Portman decided to go to the college after the release of “Star Wars: Episode I – The Phantom Menace”. She enrolled at Harvard University, graduating with a degree in psychology. The actress said that she didn’t care if this decision ruined her career, she’d rather be smart than a movie star. Although Shaquille O’Neal owns a fortune of 400 million dollars, he still has a promise to keep to his mother that he would finish his degree. Like most rising stars, he was forced to drop out of school to play basketball. However, in 2000, O’Neal returned to Louisiana State University and earned a bachelor’s degree in business. He didn’t stop there. In 2005, he graduated with a master’s degree in business from the University of Phoenix and 7 years later, he gained a doctorate in education from Barry University. In1983, Brooke Shields decided to take a break from Hollywood to attend Princeton University. She graduated with a degree in French literature in 1987 and after that, she returned to acting and appeared in minor roles in films. Source: © s_bukley / depositphotos.com, © The Silence of the Lambs / Orion Pictures

At the age of three, Jodie Foster began her model career and made her acting debut in 1968 in the sitcom “Mayberry R.F.D”. She also won critical acclaim in Martin Scorsese’s “Taxi Driver”. Nonetheless, she attended Yale University and graduate in 1985 with a degree in English literature. All the while, she continued acting. Dakota Fanning pursued a degree from the Gallatin School of Individualized Study, where she studied “film and the portrayal of women in film”. She shared that it took her a bit longer to graduate, but she was so happy when accomplishing it. After finishing high school, Tyra Banks decided to pursue a modeling career and became the first African-American woman to be featured on the covers of GQ and the Sports Illustrated Swimsuit Issue. In 2012, Tyra Banks graduated from Harvard Business School’s Owner/ President Management Program and even taught college courses at Standford about the use of media. After finishing her TV series “Blossom” in 1995, Mayim Bialik went to UCLA and got her undergraduate degree in neuroscience. She also got a doctorate in neuroscience, taking some time off to act in 2005. 2 years later, she got her Ph.D. and returned to acting after. In 1969,  Universal allowed Spielberg to write and direct a short film for theatrical release that became a success. A year later, he dropped out of college to begin directing television productions for Universal. In 2002, he returned to Long Beach to complete his Bachelor of Arts in Film and Electronic Media. While in high school, she won an oratory contest, which resulted in her getting a full scholarship to Tennessee State University, however, she decided to leave the university. 13 years later, after being famous, she returned the college to finish her degree in Communications. After wrapping up the “Harry Potter” films, Emma Watson enrolled at Brown University, where she studied on and off for the next five years. She also attended Oxford’s Worcester College as a visiting student. In 2014, the actress graduated with a bachelor’s degree in English literature from Brown University. At the age of 32, the singer Taylor Swift was given an honorary Doctorate of Fine Arts by New York University. The doctorate honors her achievements in the music industry and now she can be called Doctor Taylor.