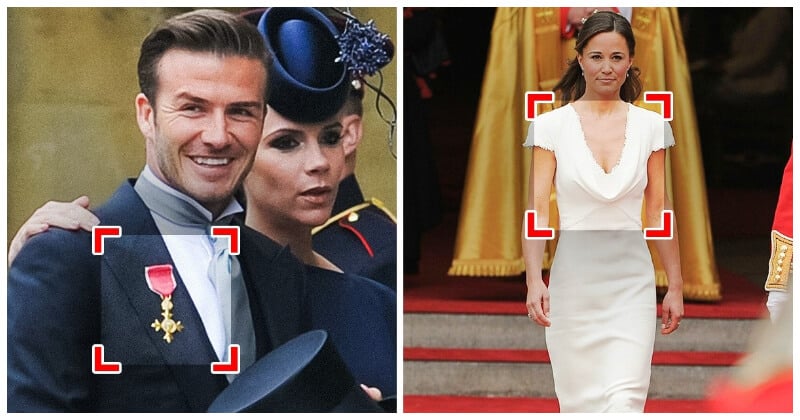 The British royal family always has norms and rules for every member. They have to learn what to wear and how to eat at a dinner party, how to name the baby when she or he is born, and how to speak in public in their daily lives. When it comes to a royal wedding, there are many formal protocols and rituals that everybody at that wedding is required to follow. And everyone who’s invited to the ceremony is also expected to adapt to the royal guidelines.

However, not every celebrity who attends the wedding, or even the royal members, follows a set of royal rules. These celebs have pointed out that these protocols, etiquette rules, and dress codes aren’t necessary today.

Below are 15 times outsiders and royal members broke traditions on the royal wedding days. Do you agree with their manners? Scroll down and leave your answers in the comment section. Prince William chose his brother, Prince Harry, as his best man. But, people use “supporter” instead of the term “best man” in the royal wedding. The brothers seem to not care about the norm. In 2011, David broke royal traditions by wearing his OBE (Order of the British Empire) medal on the wrong side at the royal wedding of Kate Middleton and Prince William. In another story, guests who are invited to royal weddings need to wear “made in U.K” clothes. But Beckham broke the rule by wearing a Saint Laurent suit. Last but not least, he didn’t abide by the royal rule by chewing gum while sitting in the chapel at another royal wedding. What a guy! It seems like nothing wrong when you take a selfie at a wedding. But you are not expected to do that at a royal wedding: “Guests will be told not to take pictures of any [part] of the day,” said Duncan Larcombe, former Royal Editor of The Sun. And Troian might break the norm on that day. Cara Delevingne wore a full tuxedo-trousers cummerbund and a waistcoat with tails at the wedding of Princess Eugenie in 2018. Surprisingly, she got the confirmation from the bride the day before the wedding, saying, “Eugenie has been a friend of mine since I was a kid and I’ve always wanted to wear tails… I texted her, as I wasn’t sure about it and she was like: ’Of course, I expected nothing less from you!”. Anyway, this outfit seriously broke royal rules. According to the royal rules, Royal bridesmaids need to wear white or something like that. But Pippa wore the same dress code as the bride. In addition, she was named maid of honor which was against the tradition. Most royal brides don’t have adult bridesmaids. Prince Harry also chose his brother William as his best man. The brothers didn’t abide by a tradition of their own. It is a norm that guests who attend a royal wedding should not wear a full black outfit. But it seems like no one told Liv Tyler about the dress code that she showed up to the wedding of Princess Eugenie. At a royal wedding, women are encouraged to wear hats or something of that kind. But Carey did not follow the normal royal look, she opted for a feather clip in her hair. Just like David Beckham did back in May at Prince Harry and Meghan Markle’s wedding, the famous singer Robbie Williams chewed gum in the church which is a very serious issue in the royal world. Williams quickly got caught by the paparazzi, giving everyone a lesson on the manner at a wedding. In 2011, Princess Beatrice gained all spotlight at the royal wedding of Kate Middleton and Prince William. Because no one is expected to wear anything that could fade the bride. This is a big mistake in the world of royal weddings.

10 Celebrities With Their Own Apps (And What They Do)