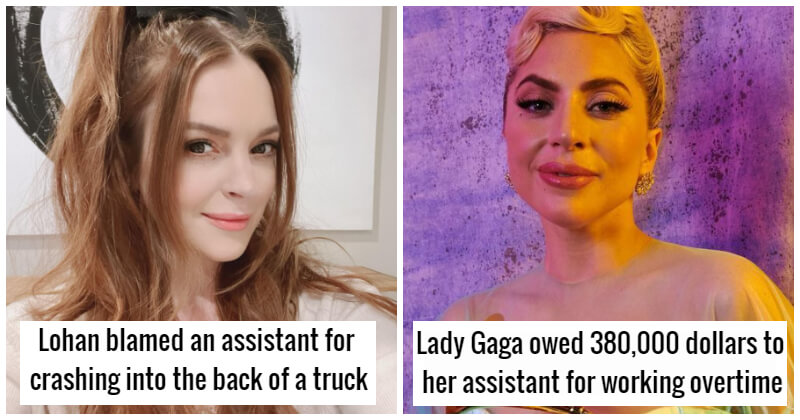 Have ever dreamed of working for your favorite stars? When being an employee of a celebrity, you can hang out with them, attend some prestigious events, and can be treated like sisters or brothers. However, it may not be glitzy and glamorous, many people complained about their current or former celebrity bosses.

The majority of celebrities save their best smiles for the cameras, but some of them turn into someone different behind the scenes. They feel entitled to treat their staff as less than human by making rude comments, not paying them, and even engaging in domestic abuse. While many famous people are labeled as kind-hearted and friendly people, some of their former personal assistants and other celebrity employees have come out with their side of the story regarding their old bosses. The details aren’t pretty.

We’ve compiled a list of some of the worst celebrity bosses that would truly make any employee dread going to work. Supermodel Naomi Campbell was accused of violence against her employees 11 times between 1998 and 2009 and four of them were convicted. She beat her assistant Georgina Galanis when they were in Toronto to shoot the film “Prisoner of Love” in 1998. In 2006, she was sued by her maid who claimed the supermodel assaulted her with a cell phone and that made many people frustrated. Taryn Manning was arrested for punching and choking her makeup artist, Holli Hartman. Hartman had forgiven Manning and hoped that she could modify her behaviors well. However, Manning was accused of attacking Hartman again. Hartman said that the actress whipped her with a wet towel, sprayed Windex in her eyes, and put her in a headlock. Manning’s legal team denied the allegations. Lady Gaga’s former assistant, Jennifer O’Neill sued the singer and said that she was shortchanged on thousands of hours’ worth of overtime pay. Jennifer O’Neill claimed she was owed about 380,000 dollars when working 7,100 hours overtime during 15 months. She was burning the candle at both ends and had no time for calling her family or friends. Courtney Love’s former personal assistant sued the singer because she had to work over 60 hours a week without paying overtime. The singer required her to send fake legal correspondence and never paid her any promised bonuses. According to the suit, Courtney Love “acted with an improper or evil motive amounting to malice or despicable conduct.” Harrison Cheung was Christian Bale’s ex-assistant for over a decade. He ended up writing a biography about his time working for the actor. He shared that he would take care of Christian’s five pets, along with stray possums in the backyard as a special request when the actor was away filming on location. After splitting from the star, he received treatment for post-traumatic stress disorder. According to a blogger, Lindsay Lohan kicked her personal assistant Gaven Doyle out of a car right after he bailed her out of jail. Gawker Media reported that she also tried to pin a car accident on Doyle earlier in the day. She told police he had driven it when it crashed.