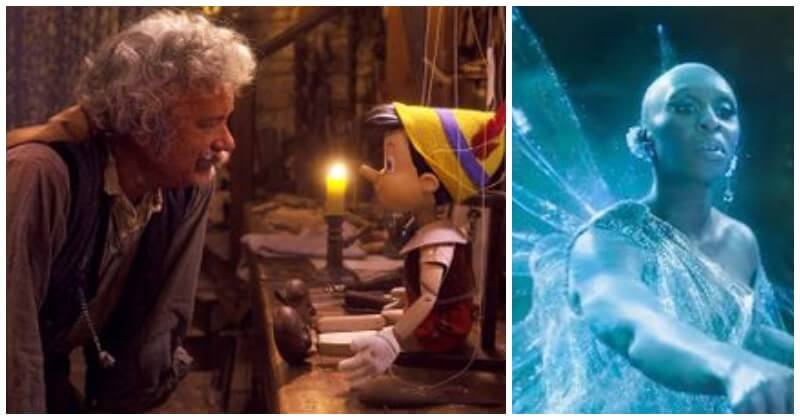 In the past few years, Disney has continuously remade its iconic animated movies. And this time, the latest animated classic to be remade is “Pinocchio”, Disney’s 1940 animated classic about a wooden marionette that grows up to be a real child. Despite the fact that this story has been adapted for the movie several times, Disney’s adaptation directed by iconic director Robert Zemeckis still attracts great attention from fans.

On May 31, 2022, Disney dropped the first trailer, giving us our first glimpse at the forthcoming motion picture adaptation of the famous story. The film’s teaser shines, with breathtaking visuals and the kind of attractive fairy tale world that Disney fans have come to expect. The majority of the trailer revolves around Geppetto creating his little wooden marionette and wishing on a star that his creation would come to life. Following sweeping shots, with a mix of people and CGI creations, we’ve got an overview of the film’s all-star cast. Despite the fact that not much is known about the upcoming film, the teaser provided some insight into what viewers might expect.

Scroll down to discover! In the original “Pinocchio”, Gepetto was getting ready for bed when he saw a shooting star. “When You Wish Upon a Star,” the more inspirational melodies, is played when Geppetto makes his wish. Gepetto wished that his marionette, Pinocchio, was a real boy, fulfilling his dream of becoming a father. Not only did the teaser disclose the song’s interpretation, but it also showed the key plot point: Gepetto making a wish on a star before going to sleep. “Pinocchio” was set in a small, quaint Italian town. Geppetto resided in a small house that also served as his workshop, where he sold marionettes, music boxes, clocks, and other traditional wood things to the village. It’s amazing to see the same charming character as the animation version. The live-action version could can follow every detail of the cartoon film, from the gloomy lighting to the nicknacks around the house. In the original movie, Geppetto’s walls were covered in wonderful cuckoo clocks and music boxes and it appears that this continued in the live-action adaptation. A wall of his gorgeous cuckoo clocks buzzed gently was seen in a fleeting scene when Geppetto prepared for bed. Seeing this detail got Disney fans excited for the Disney live-action which is based on the 1940 movie.

#4 Figaro and Cleo are back! Geppetto lived alone with a cat named Figaro, and a fish named Cleo. Figaro was a black and white kitten, who was fiercely protective of his master and disliked being neglected. Figaro had his own personality and fans liked the way his lovely character was depicted. As a fish, Cleo was usually in her bowl, but that didn’t stop Geppetto from putting her in different settings and asking for her opinion. Without a lovable sidekick, it wouldn’t be a Disney film. For Pinocchio, his companion was a protective cricket – Jiminy.

When the Blue Fairy gave Pinocchio a conscious and promised to help him become a genuine boy once he understood the ins and outs of human behavior, she requested Jiminy to care for him and guide him in the correct route. Jiminy with his traditional tophat loitering around Geppetto’s house was shown in the trailer. And Joseph Gordon-Levit voices him.

#6 Look at the film’s villains In the original, Pinocchio encounters a few bad guys that put his conscious to the test. From Lampwick to Stromboli, there were lots of people who took advantage of him. The trailer revealed that the fox, Honest John, would be a part of the movie. Honest John is seen in a fash scene where was hit on the head in the village. Another villain who appeared in the trailer is Stromboli. He used Pinocchio to make money, much to Pinocchio’s detriment. The Blue Fairy was one of the most powerful fairies in any Disney film. Despite her little physical appearance, thanks to her Pinocchio was able to see life as a “genuine” boy. According to the trailer, the Blue Fairy is played by actress and singer Cynthia Erivo.

#8 It’s going to include some action-scenes Even as an animated movie in the ’40s, “Pinocchio” had packed with many action scenes. Pinocchio went through a lot on his quest to learn more about being a human, and it took the audience on a ride. Similarly, the trailer hinted that the action would continue. From Pinocchio going to school to an overzealous seagull (who appears to be a new character for the movie) to the whale that interferes with Gepetto — the live-action film will have no shortage of adventurous action. Despite the fact that the film’s star is a puppet named Pinocchio, he didn’t appear until the very end of the trailer. Even in his brief appearance, Pinocchio’s side profile was all that spectators saw when the Blue Fairy brought him to life. Pinocchio is animated, and is voiced by Benjamin Evan Ainsworth. But we may have to wait until the movie releases to hear his voice because it wasn’t in the trailer.

7 Unexpected Times Celebrities Fooled All Of Us

Who Is The Richest Celebrity That You Don’t Know?