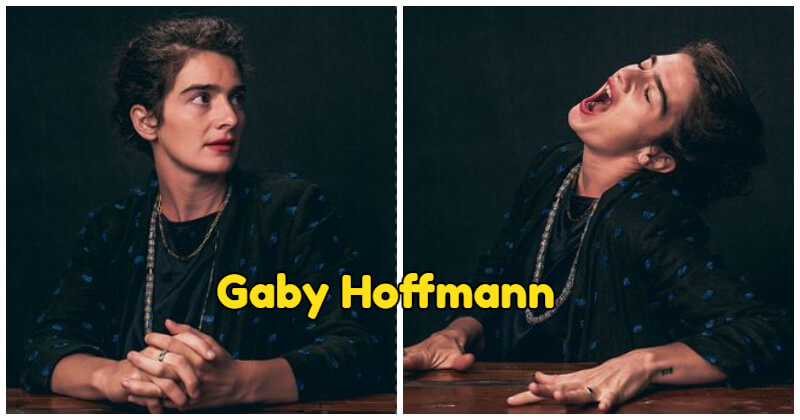 Celebrities are nice. Friendly. Relatable. Or at least that is their public persona.

As public figures, most celebrities cater to public opinions. Especially with cancel culture becomes ever more rampant, every move is like they have to walk on eggshells. Or risk incensing the public court, and losing work.

And so, they develop a public persona that pleases the public opinions, making them more likable. Or at least, as nonoffensive as possible. They project these personas on magazine covers, in televised interviews, and even when meeting fans.

That’s why more than once, there are celebrities who are exposed as “fake.” Ellen DeGeneres was the most infamous case, with allegations of bullying and fostering a toxic workplace that is not aligned with her bubbly showmanship on TV.

Photographer Andrew H. Walker aims to highlight this difference. See how your favorite celebrities’ public personas differ from their real ones with his series of side-by-side comparison photos here. Amy Adams is a well-known American actress. Known for both her comedy and dramatic roles, she has appeared three times on yearly lists of the world’s highest-paid actresses. Adams has since appeared in other films, including Junebug, Enchanted, Doubt, Julie & Julia, and Man of Steel. Jennifer Connelly is an actress from the United States. She began her career as a child model before making her acting debut in Once Upon a Time in America in 1984. Connelly’s major break came when she played Sarah in the 1986 film Labyrinth. In 2000, she landed a recurring role on Fox’s The $treet, playing Catherine Miller until the show concluded in 2001. The Princess Diary’s Anne Hathaway is the recipient of several awards, including an Academy Award, a Golden Globe Award, and a Primetime Emmy Award among others. She was the world’s highest-paid actress in 2015. MCU’s Hawkeye is played by Jeremy Renner. He began his career with indie films like Dahmer and Neo Ned, then moved on to supporting roles in major films like S.W.A.T. and 28 Weeks Later. Jeremy also has a prosperous career in real estate. Obi-Wan Kenobi’s actor Ewan McGregor Scottish actor has been honored with a Golden Globe nomination, a Primetime Emmy nomination, and the BAFTA Britannia Humanitarian Award. He was made an Officer of the Order of the British Empire in 2013 for his contributions to play and charity. Sex and the City and …And Just Like That’s actress Cynthia Nixon is famous for portraying Miranda Hobbs. She even earned the 2004 Primetime Emmy Award for Outstanding Supporting Actress in a Comedy Series for her work. Cynthia also ran for Mayor of New York but lost. The Mummy’s Rachel Weisz has won an Academy Award, a Golden Globe Award, a Screen Actors Guild Award, a Laurence Olivier Award, and a British Academy Film Award, among other awards. 300’s King Leonidas was played by Gerard Butler, making him a bona fide action star and sex symbol. After studying law, he began acting in the mid-1990s, with modest appearances in films such as Mrs. Brown, Tomorrow Never Dies, and Tale of the Mummy. Richard Gere made his cinematic debut in the 1970s, with minor roles in Looking for Mr. Goodbar and Days of Heaven. His part in the film American Gigolo established him as a starring guy and a sex icon. Since then, he has enjoyed a prolific career in filmmaking. Aaron Eckhart went to the United Kingdom at a young age when his father transferred the family. He began his acting career by appearing in school plays before traveling to Australia for his senior year of high school. The actor best known for playing the smooth-talking tobacco lobbyist in Thank You For Smoking and Harvey Dent in The Dark Knight Jurassic Park universe’s Bryce Dallas Howard has a string of successful hits under her belt, including Twilight, and even direct episodes of the Disney+ space fantasy series Star Wars’ spinoff series like The Mandalorian and The Book of Boba Fett. Top Gun: Maverick’s Glen Powell began his career with guest appearances on television and tiny roles in films such as The Dark Knight Rises and The Expendables 3 before breaking out as Chad Radwell in the Fox comedy-horror series Scream Queens. Gael Garcia Bernal is a Mexican producer and actor. He is most recognized for his roles in Bad Education, The Motorcycle Diaries, Amores Perros, Y Tu mamá también, Babel, Coco, and Old, as well as Rodrigo de Souza in the Amazon Studios, streaming television series Mozart in the Jungle. Johnny Depp’s daughter Lily-Rose Depp is a model and actress of French descent. Depp’s acting career began with a minor part in Tusk, and she went on to feature in the historical drama The Dancer, in which she played Isadora Duncan, Planetarium, and The King. Gaby Hoffmann rose to prominence as a child actress in Field of Dreams, Uncle Buck, and Sleepless in Seattle, and then as a teen in Now and Then, Volcano, All I Wanna Do, and 200 Cigarettes. She has appeared in various independent projects that garnered critical acclaim.

7 Actors Who Went Through Hell For Filming