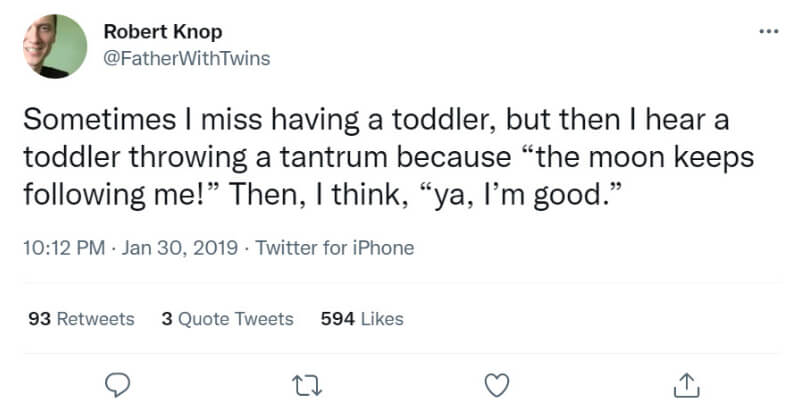 Well, if you’re a parent having a toddler, you’ll understand it when people say, “don’t use logic to talk to your kids.” Yeah, sure. Logic is to help us understand the world around. And kids are, like, living in a different world from us. Rational thinking? What’s that? What’s that for? Kids only know that they hate eating greens. Because, well, those leafy things taste don’t even as good as their fingers do.

Kids are energized by emotions. When they get excited, they can run around for the whole day without a single complaint. On the other hand, when they feel bored, it’s almost impossible to get them on their feet. But, it looks like kids themselves don’t know how to control their batteries.

Hello, temper tantrums. Children are naturally prone to be overwhelmed by emotions. Yup, they don’t know how to express themselves and their little mind gets stuck in a tangled mess. The result is that they burst out in tears and scream. And, as we, adults, can hardly know for sure why kids do certain things, we can’t explain why they get angry over nonsense either.

Well, we told you, there are no such things as logic in the mind of children. If you ask why they get a meltdown, we bet that their answer will make you speechless. Parents on Twitter have been talking about this for a while. And as we see here, they are all helpless about that temper tantrum matter. In the list below, we have collected some of the funniest tweets from parents that exposed the reasons behind their kids’ meltdowns.

We suggest that you should make a cup of tea and play some ambient music before lying down to read this post. Also, keep a calm mind, or else you’ll be shocked by what we show you. Now, scroll down to check them out. #2 Wrong for the right #5 I do the same with spicy food, just keep milk around #10 It took me a minute to realize you were referring to an actual toddler. I thought you meant trump after “toddler is having a complete meltdown..” #16 That’s a funny or die movie right there Parents, what do you do when your kids throw a tantrum? Leave them or do something to handle it? Like, they want something, right? How about giving them what they want? Well, wish that things are that simple. Parents in this post must have had a hard time dealing with their kids’ nonsensical meltdowns. Sometimes, giving them what they want is just not an option. It’s impossible!

If you enjoy this post, please give it a thumbs up and share it with your friends. Also, don’t forget to follow our page for more interesting content like this in the future. Have a nice day and see you next time!

This Guy Uses AI To Create Real-Life Version Of Popular Cartoon Characters, And The Result Is Amazing

Swedish Artist Is ‘Vandalizing’ Streets With His Brilliant Pixel Art, And It Looks Awesome

Mom Asked How Other Families Keep It All Together, Here’s How People Replied

Behold, The Best Roleplay Flirting Texts That Can Make You Cringe Constantly