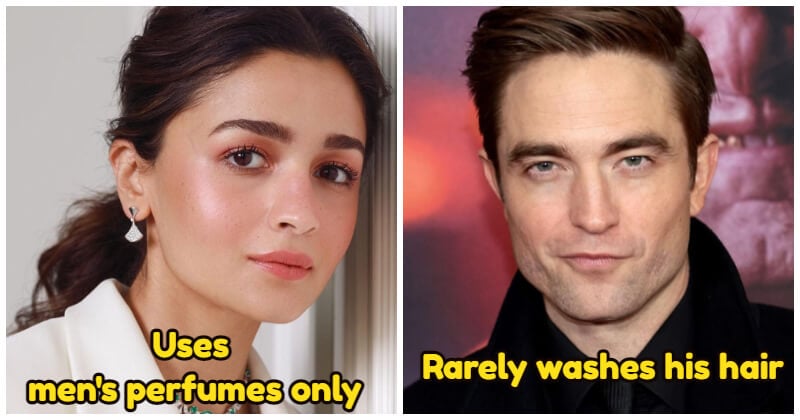 We all have different quirks that we’ve acquired through the years. These habits help us in different ways – they calm us down, lift our spirits and make us feel good about ourselves. However, they sometimes make us scratch our heads in confusion.

Celebs are no exception. They might have the fame and fortune that so many people aspire to, but it doesn’t mean they lead perfect lives. No matter how much fame and money there are, famous people, harbor their weird habits. Some habits freak you out, some give you the giggles. These tidbits never fail to arouse curiosity among us and lead us to discover celebrities’ normal sides.

Below are 10 celebs’ bizarre habits that leave you thinking “Wow, is this for real?”. Cameron Diaz is one of the most beautiful actresses in Hollywood for years, but she has many bizarre habits. One of them is to eat something before makeup. The actress shared that her make-up artist won’t touch her face until she’s eaten. As soon as she takes two bites or more, her skin changes. Demi has a strange weight loss technique. She uses blood-sucking leeches as a detox method. Many people think that it is not the healthiest way to lose weight! The singer “Last Friday Night” admitted that she was too poor to take her dental hygiene and had troubles with teeth when she was a child. Now, she is so scared of having bad breath that she brushes her teeth at least three times a day. Paris Hilton admits to being slightly superstitious. She’ll knock on wood if someone says something that she doesn’t want it to happen. In addition, she is obsessed with making a wish at 11:11. The model Pamela Anderson suffers from Eisoptrophobia- an abnormal and persistent fear of mirrors. She can’t stand seeing her reflection, even seeing herself on television. James McAvoy learned his lucky ritual from his grandmother. The star told PopCrunch that he has said “white rabbit” to the first person he meets on the first day of every month for good luck. Smell is something that attracts Alia Bhatt instantly. Unlike other women, she only uses men’s perfumes and changes them every month. She feels that women’s cologne smells are so fruity and sweet. In an interview with Conan, Snooki confessed to putting cat litter on her face. She explained that she researched cheap alternative spa treatments and cat litter turned out to be one that worked great. Actor Robert Pattinson has poor standards of hygiene when it comes to his hair – he rarely washes it. The “Twilight” star doesn’t think that it’s necessary to regularly wash his hair. He reasoned; “If you don’t wash it for 6 weeks, you won’t have to wash it ever again. Until it gets unbearable.” The actor always carries a lucky pen that he’s owned since he was a child. He said that it could cope with his nervous tendencies.