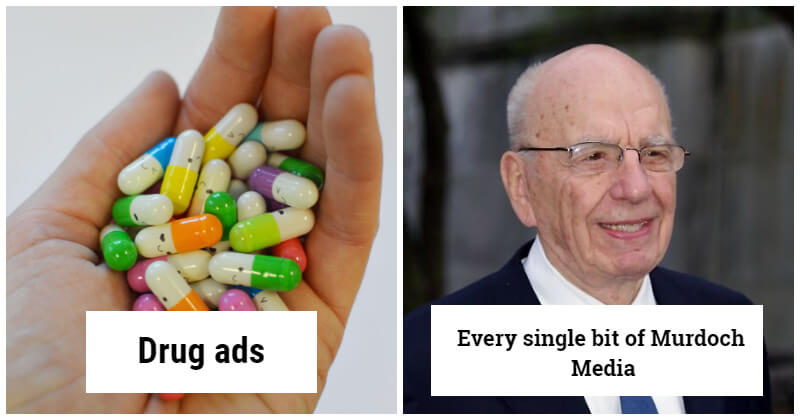 People are fascinated by conspiracy theories. Indeed, it is far easier to explain any phenomenon by the fact that someone is deftly manipulating public opinion behind other people’s backs than it is to try to unravel the complexities of how the modern world functions.

Indeed, there are many forms of media that can be classified as propaganda, ranging from official channels in nations with totalitarian regimes to seemingly harmless cartoons with hidden meanings. Did you know that “Rick and Morty” is clearly propaganda… we’re not sure what it is yet, but it’s definitely propaganda! America’s Got Talent. It promotes the idea that talent goes hand in hand with struggle, so much so that genuinely awful acts make it through on the strength of their sob story.

People have a hard enough time accepting the work that goes into being a creative without having to attach a tragic backstory to it. Business articles on LinkedIn that talk about how people should stop seeking work/life balance and start embracing work/life integration. Drug ads tbh. You don’t realize that until you talk to people outside of America about commercials and ads. Our advertisements pushing drugs for every single ailment are just propaganda for big pharma. Disclaimer: not an anti vaxxer or anything, I trust the science, I just would rather take sativa edibles than get onto some anxiety medication named Amphaproxogarbageorenazine. I think it’s kinda sick how we market medications.

#7 US blockbusters showing them as peace-keepers A surprising number of big-budget US films get funding from various branches of the military to portray them as good guys and peacekeepers.

In exchange they get extensive creative control over the script and in some cases final cut privileges. The filmmakers get access to money, shooting locations, vehicles, advisors, logos and uniforms, and of course money.

You could argue that of course if you were offering this kind of support you wouldn’t want your image to be disparaged in any way. But we’re not talking about Captain America holding a can of Coke.

Imagine it as product placement, but the product they’re selling isn’t the military itself, but the thematic connection between the military and heroism, righteousness and moral good. I love Top Gun. It’s a huge guilty pleasure of mine and I can’t wait to see Maverick in theaters. That being said, it is 1000% propaganda for the Navy, to the point where the Navy had a lot of say in the script and they set up recruitment booths outside the theatre. This is technically media: but forced recitations of the Pledge of Allegiance for US public school kids.

#10 Anything dealing with forensics Anything dealing with forensics. A job in forensics is boring. You know when they match a fiber sample and can exclude it from 5,000 other samples? Someone had to compare the fiber in question 5,000 times and say, “Nope, next.” Not to mention, the paperwork required is painful.

Source: Three years working in forensics. To this day my signature looks like a doctors from all the chain of custody documents I had to sign.

#11 Every single bit of Murdoch Media Every single bit of Murdoch Media…. from printed to digital media, newspapers, TV, and all forms of media. Particularly the wastes of space in Sky News. Day planners. They always have an agenda. The entire “cop show” genre. It goes back to the radio drama days and spans drama, comedy, infotainment, documentary, and multiple other genres, but it almost always presents the police as being the white-hatted Good Guys out to stop the Bad Guys.

#15 The entire concept of “spreading democracy” The entire concept of “spreading democracy” is propaganda from the Woodrow Wilson days. It was how he sold WW1 to the American people, via the PR genius Edward Bernays.

Mediocre source I know, but Bernays book *Propaganda* is a good read and goes into detail. American Sniper. I’m still mad that I got tricked into thinking it was a movie about PTSD. 90% of media you are exposed to is owned by one of four or five companies, may even be three now. The same companies that make your movies and TV shows make your news.

News falls into three categories:”Clickbait” – we’re selling advertisements, use the headline that generates the most outrage and keeps the most viewership. You’d think this would be the most harmless, but they’re actively distorting the truth to whatever narrative is most profitable. This is especially harmful when covering mass shootings, terrorist attacks, etc. Making the body count the headline and providing 24/7 coverage of the shooters themselves inspires more shootings to occur. They may as well be advertisements to the unhinged- commit horrible atrocities! Your name and your beliefs will be remembered forever! People who were unhinged by the rage-bait news they pumped out in the first place. Depending on your news source you can live in an information bubble completely isolated from people who get their news elsewhere. This is one of the biggest sources of disruptive controversy and division in our nation and you’re better off shutting it out than anything else.

“Narrative” – This is propaganda in support of the owners. Why wont fox ever criticize an oil company? Why does ABC always side with disney- and use disney fun facts to fill empty coverage? Why does the new york times write articles in defense of billionaires? Narrative is shaping the truth not to generate direct profit, but to support the goals and needs of it’s ownership.

“Sponsorship” – this is propaganda in support of the contributors. Essentially, they’ll run any propaganda piece you pay for so long as it doesn’t conflict with their narrative. For the conventional propaganda, the DNC, GOP, and Federal Government are frequent customers. Humorous Grandparents That Everyone Wants To Have

16 Stupid Things Kids Did That Adults Shared Online For Everyone

30+ Best And Funny Would You Rather Questions For An Overnight

12 Funny Photos Of Dad’s Reactions In The Labor Room

25 Humorous Neighbors Who You Wish You Lived Next To

20 Delivery Drivers Who Have Seen A LOT Of Crazy Things

Crappy And Funny Tattoos That Leave The Internet Speechless

Swedish Artist Is ‘Vandalizing’ Streets With His Brilliant Pixel Art, And It Looks Awesome