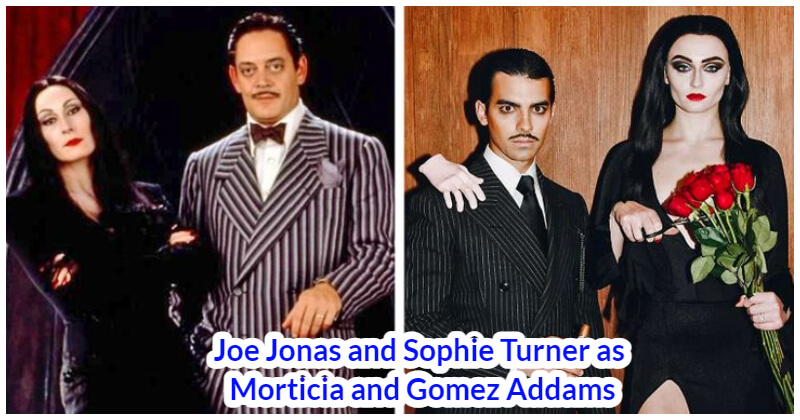 Have you ever gone all out for Halloween and dressed up like a famous celebrity? If so, what famous costume did you choose to replicate?

Once a year during Halloween, many of us are amped to follow Hollywood celebrities to see what costumes they will wear. These high-paid people are willing to pay thousands to hire professional makeup artists and designers specifically for the events that they attend. To make their appearance more impressive, they sometimes dress up like other celebrities. With the support of accessories like wigs, fake beards, body implants, and high-end apparel, these celebrities convert their outfit ideas into red carpet-worthy outfits. Perfect!

Below are 13 times celebrities cosplay their favorite characters or other celebrities. And it’s hard to say who looks better. Scroll down to check them out! #4 Joe Jonas and Sophie Turner as Morticia and Gomez Addams #8 Kim Kardashian and Jonathan Cheban as Sonny and Cher