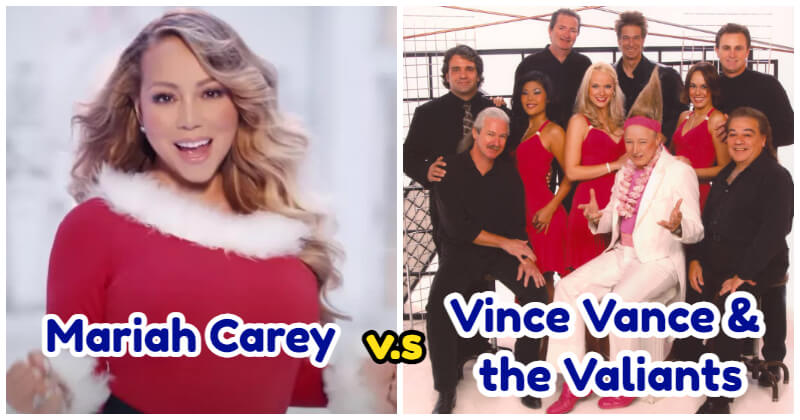 Over the course of her great music career, Mariah Carey has had a string of iconic hits. There are “Hero,” “Always Be My Baby,” and “We Belong Together,” the latter won her two Grammys.

One of her biggest hits, however, is the Christmas anthem “All I Want For Christmas Is You.” The festive tune has become a staple in the Christmas season. However, the classic song appears to have brought her some controversy, since the songstress is now facing a $20 million lawsuit. Andy Stone, who is Vince Vance for the country-pop band Vince Vance & the Valiants, filed the case. Stone is suing Mariah Carey for $20 million in damages. According to legal documents acquired by The New York Post, the diva is being sued for a variety of stated reasons, including copyright infringement and misappropriation.

Stone appears to have written a song with the same title for his own band in 1989. It’s worth noting, though, that the lyrics and melodies on both tunes are quite different. The suit, which also names Mariah Carey’s co-writer Walter Afanasieff, claims the two “knowingly, willingly, and purposefully participated in a campaign to infringe [Stone’s] copyright in the work.”

It then goes on to argue that all of this occurred at the expense of “the defendants’ business gain, personal profit, and unjust enrichment, as well as the plaintiff’s irreparable harm and pecuniary loss.”

In addition, the songwriter alleges that neither Carey nor her colleague ever consulted him before using the title. While Carey’s song is more well-known, Stone claims that his song was getting a lot of attention in 1993 — the year before the pop star’s single was released. Mariah Carey’s “All I Want For Christmas Is You” became an overnight success when it was released in 1994. It gained multiple platinum certifications in various parts of the world and critical praise. The song even reached number one on the charts in 2021, more than 25 years after it was first released.

The song is so catchy that even Carey has been known to jam out to it at home. Her representatives have not commented on the case as of this writing, which also alleges that Andy Stone’s attorneys contacted her in April 2021 to address the situation. The song has also been extremely profitable for the musical legend. According to one source, by 2017, the singer had made over $60 million, and by 2021, he would have certainly earned close to $70 million. As one would assume, the former wife of Nick Cannon receives royalties from outlets such as Spotify, where the song broke many records.

This isn’t the first time Mariah Carey has had to deal with a legal issue. She sued her former assistant for millions of dollars in 2019, saying that she had taped “embarrassing” films of her without her knowledge. The lawsuit was finally resolved, but only time will tell how the new predicament for the Free Guy-featured musician plays out.