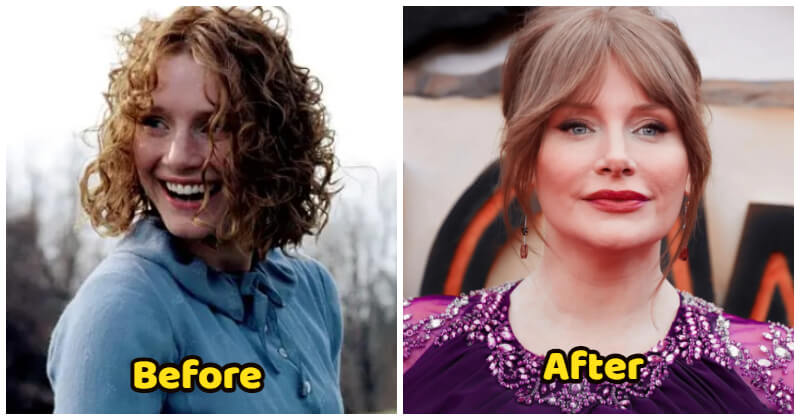 “Jurassic World: Dominion” isn’t just the final installment in the long-running, dino-rampaging franchise, it’s also a reunion that has been decades in the making. The film unites the stars of 1993 original (Laura Dern, Sam Neil, and Jeff Goldblum) and the cast of the “Jurassic World” sequels (Bryce Dallas Howard and Chris Pratt). In a new video posted by the “Jurassic World” Instagram account, most of the aforementioned actors shared their favorite quotes from the original part. That made many fans feel eager to see their favorite actors in the new one.

Go back in time to see how the cast has changed since they started in Hollywood. Christ Pratt got his break in Hollywood in 2009 as lovable doofus Andy Dwyer on the NBC sitcom “Parks and Recreation.” After playing supporting roles in films such as “Moneyball” and “Zero Dark Thirty,” Pratt had a massive year at the Cineplex in 2014. He starred in the lead roles in the “Jurassic World” and “Marvel’s Guardians of the Galaxy” series, which have notched more than $11.6 billion at the global box office. Bryce Dallas Howard’s career as an actress began in New York City in theatre performing in various plays and shows. It was while in theatre that she was first spotted by acclaimed film director M. Night Shyamalan who was greatly impressed by her performance. Two weeks later, he cast Howard in her first feature film “The Village”. From the 2000s to the 2010s, Howard was involved in films such as “Manderlay”, “As You Like it”, “Spider-Man 3”, “The Loss of a Teardrop Diamond”, and so on. Laura Dern made her big-screen debut early. She rose to prominence for her performances in “Mask”, “Blue Velvet” and “Wild at Heart”. She received an Academy Award nomination for her portrayal of the titular orphan in the drama film “Rambling Rose” (1991) and achieved international recognition for her role as Ellie Sattler in the film “Jurassic Park”. Sam Neil first achieved recognition with his appearance in the 1977 film “Sleeping Dogs”. After that, he followed with the leading roles in many movies such as “My Brilliant Career”, “Omen III: The Final Conflict”, “Possession”, etc. He came to international prominence as Dr. Alan Grant in “Jurassic Park” and “Jurassic Park III”. Jeff Goldblum has starred in some of the highest-grossing films of his era, such as “Jurassic Park” and “Independence Day”. He took part in several TV series and he received a Primetime Emmy Award nomination for his performance in “Will and Grace”. He directed the short film Little Surprises, which was nominated for the Academy Award for Best Live Action Short Film. Dewanda Wise appeared in episodes of television series including “Moesha”, “The Good Wife” and “Boardwalk Empire”. She first started turning heads with her breakout lead role in Spike Lee’s “She’s Gotta Have It”  and it earned her a nomination for Outstanding Actress. In 2009, the actress got married to actor Alano Miller after three months of dating. Mamoudou Athie is best known for his roles in many movies such as “The Circle”, “The Front Runner”, “Unicorn Store”, etc. He was also involved in television series and was nominated for Primetime Emmy Award for Outstanding Actor in a Short Form Comedy or Drama Series for his performance in “Cake”. Isabella Sermon is a young actress from the UK who came into the limelight for her performance in the sci-fi “Jurassic World: Fallen Kingdom”. She next went on to portray the nine-year-old kid Maisie in the movie “Lockwood”. She has gone on to earn tremendous respect for her work ethic and dedication. BD Wong rose to fame when winning a Tony Award for his performance as Song Liling in “M. Butterfly”. He starred in many movies such as “Awake”, “Jurassic Park” franchise, “Gotham” and so on. Wong has done extensive voiceover work and stage acting. The best known of his voice acting roles is that of Captain Li Shang from the Disney animated film Mulan.