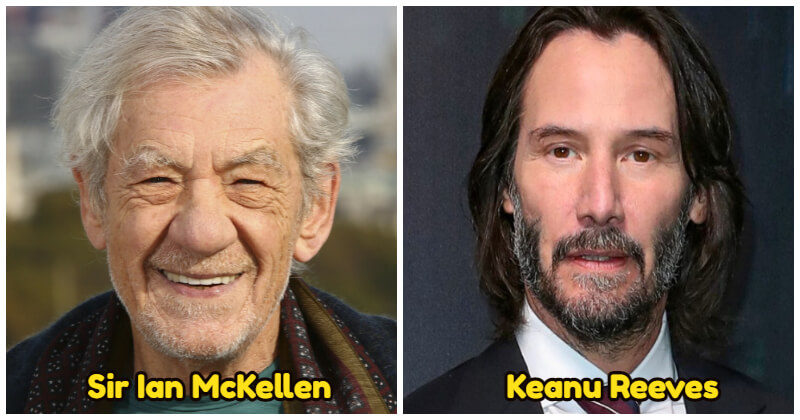 Over the years, the Oscars remains the most prestigious awards show in Hollywood and the statue is still a coveted prize for all great actors. The gold statuettes are not only acknowledgments of excellence in Hollywood, but symbols of status in and beyond the acting community. Winning an Oscar Award puts a huge gold star on actors’ resumes and represents a major upgrade to an acting career. Actors get more bucks for their work, and more admiration from their peers and audiences once they’ve received a golden statue.

Unfortunately, some actors have never won an Oscar despite their outstanding performances in numerous films. It could surprise movie buffs to discover that these well-known actors have never been recognized for their achievements with an Academy Award.

Here are 14 actors who have surprisingly never won an Oscar. Despite being one of the best-known actors in Hollywood, Gyllenhaal has only been nominated for one Oscar for his role in “Brokeback Mountain”. It’s surprising his credits in films like “Donnie Darko”, “Nightcrawler”, and “Nocturnal Animals”, performances acclaimed by critics and fans alike, have never been recognized by the prestigious film award association. He has given standout performances in many movies such as “Eternal Sunshine of the Spotless Mind” and “The Truman Show”. However, he never received an Oscar nomination. He has picked up six Golden Globe nominations and two of which have resulted in wins. Many people would be surprised to hear that the acclaimed actor, Ryan Gosling, has only been nominated twice by the Academy but has never won. Fans also submitted complaints when his roles in “Drive”, and “Blue Valentine” were never nominated. Michelle Pfeiffer has picked up three Oscar nominations but no gold. She was first recognized in the Supporting Actress category for “Dangerous Liaisons” and she was a Best Actress contender for “The Fabulous Baker Boys” and “Love Field”. Despite a long career in Hollywood, Michael Keaton has no Oscar wins. He had never been nominated until 2015 when he got his nod for his performance in “Birdman”. Believe it or not, Steve Buscemi has never gotten a nomination from the Academy. For his roles in such acclaimed series as “Boardwalk Empire” and “The Sopranos”, he’s received multiple nominations at the Emmys and Golden Globes. It is a surprise that Sir Ian McKellen hasn’t gotten golden recognition from the Academy. He’s been nominated twice: first for his role in Gods and Monsters (1998) for Best Actor and second, for his performance in “The Lord of The Rings” (2001). John Malkovich is another actor who consistently makes the kinds of movies the Academy loves, but he still hasn’t managed to win an Oscar. He’s been nominated for The Best Supporting Actor in “Places in the Heart” (1984) and “In the Line of Fire” (1993). With a career that’s spanned nearly five decades, Jamie Lee Curtis has had many brushes with awards season. She won a BAFTA for “Trading Places”, earned Golden Globe and BAFTA nominations for “A Fish Called Wanda” and won a Golden Globe for “True Lies”, but she never got an Oscar. Keanu Reeves has a wealth of diverse experience on screen, he still hasn’t won an Academy Award. The actor has never even been nominated for one. Willis took part in many films during his career, but winning an Academy Award was an honor that eluded him. He never had his name called during the Oscars, which isn’t surprising that he never earned a nomination.