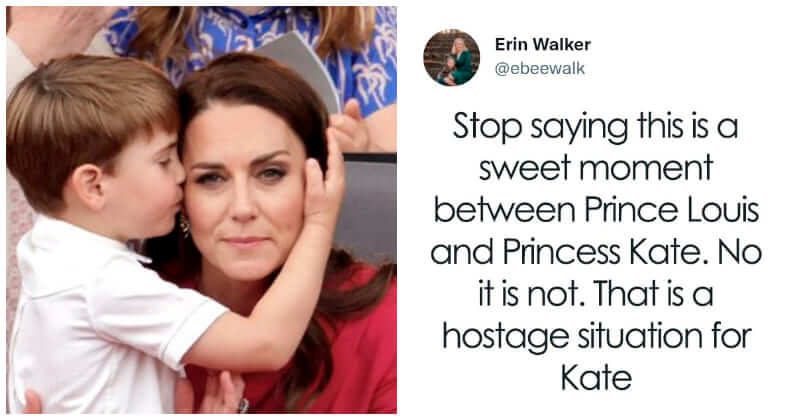 On the 6th of February this year, Queen Elizabeth II became the first British Monarch to celebrate a Platinum Jubilee after 70 years of service to the people of the UK, the Realms, and the Commonwealth. To celebrate this unprecedented anniversary, events and initiatives will take place throughout the year, culminating in a four-day UK bank holiday weekend from Thursday 2nd to Sunday 5th June. The four-day commemoration will include public events and community activities, as well as national moments of reflection on The Queen’s 70 years of service.

Despite the fact that it was Her Majesty’s Platinum Jubilee, but the Internet community has spoken: Prince Louis – the Queen’s great-grandson was the star of the show. The cheeky 4-year-old kept entertaining social media with his antics, tantrums, and chaotic facial expressions and gestures. For example, he clenched his fists and jumped up and down in his seat. However, while many enjoyed his energy, parents from all over the world have been expressing their support for his mother, Kate Middleton. Four-year-old Prince Louis and his many faces continued to steal the show at the Queen’s Platinum Jubilee over the weekend. During the event, Prince Louis decidedly did not maintain his composure, and at times was spotted making faces, sassing back, and even shoving a hand in the face of his mother. At other times, he could be seen speaking with his cousin, Mia Tindall, and then tugging her hair. Amusement, shock, contempt, and a combination of all three have been expressed in the news and on social media. There are some arguments about the cheeky faces and gestures of Prince Louis – the Queen’s great-grandson. Some said that he was just a normal fidgety toddler. On the contrary, some indicated that his behavior might be the result of an out-of-control household with an ineffective, loosey-goosey millennial parenting philosophy. According to Kaitlin Soulé, a California-based licensed family and marriage therapist and author of “A Little Less of a Hot Mess: The Modern Mom’s Guide to Growth & Evolution,” said it’s the former. She told The Post that Little Louis’ behavior was “completely normal and developmentally appropriate.”

Soulé remarked, “With children around his age, part of their developmental task is to push boundaries and figure out how to be in the world. And they can’t do that without pushing boundaries. They are really learning from us and they are mimicking our behavior, and I am sure he’s been shushed plenty of times. They truly learn from our behavior.” 15 Wives Who Trolled Their Husbands Expertly

Want To Gain Extra Credits On Your Exams? Answer These Hilarious Questions!

16 Teachers Who Are Awesome And Humorous At The Same Time

“This Doesn’t Add Up”: Woman Shuts Down Haters Who Don’t Understand How She Can Have A “Handsome” And “Physically Fit” Husband

21 Fun Facts That Sound Fake But Are Completely Real

You Can Definitely See Yourself In These Hilarious Memes

18 People Who Took Creativity To The Next Level

“She Feels Betrayed And Angry”: Teen Threw Tantrum After The Family Let Her Stay Home From Their Disney World Trip