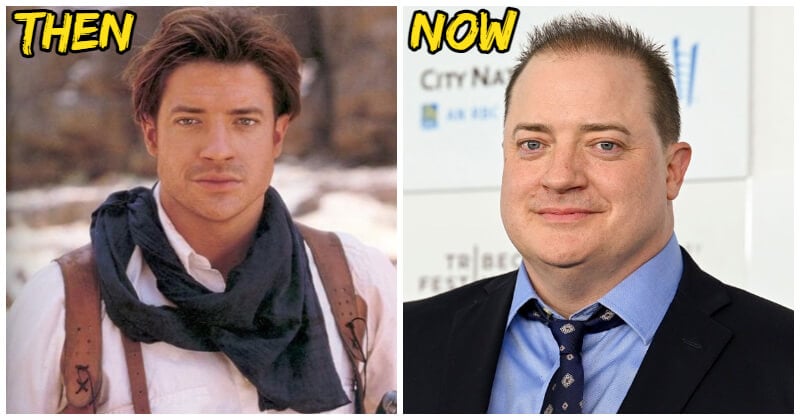 In 1992, archaeologists uncovered Tutankhamun’s tomb, a young pharaoh who once ruled over ancient Egypt. This got a public interest in all things Egyptian, and Hollywood quickly picked up on this trend with “The Mummy“, starring Boris Karloff, which was released in 1932. This movie tells the story of a long-dead high priest who returns to life in quest of his lost love. A remake was made decades later: the 1999 mega-hit The Mummy, which transported fans back to ancient Egypt once again.

The Cast Of “The Mummy” (1999) follows swashbuckling adventurer Rick O’Connell as he goes to Hamunaptra, the city of the dead, with librarian Evelyn and her brother. When they unintentionally awaken an ancient mummy named Imhotep, they faced up with many challenges. The film premiered on May 7, 1999, starring Brendan Fraser, John Hannah, Arnold Vosloo, Rachel Weisz, and others. It is a huge success with an impressive $416 million gross. It led to two sequels, prequels, and spin-off series, including “The Mummy Returns” and “The Scorpion King” as well as becoming an early springboard to the careers of several of the stars.

It’s been more than 20 years since The Mummy was released and the cast has undergone many changes in their lives and careers.

After the success of “The Mummy”, Fraser reprised his role as Rick O’Connell in both sequels. He also starred in films such as Bedazzled, “Looney Tunes: Back in Action,” and “Journey to the Center of the Earth,” as well as TV shows such as “Texas Rising” and “Trust.” Last year, he starred in Steven Soderbergh’s crime drama “No Sudden Move”. And in 2022, Fraser is going to appear opposite Leonardo DiCaprio and Robert De Niro in Martin Scorsese’s upcoming drama “Killers of the Flower Moon.” He will also play the villain in the DC Comics film “Batgirl”.

Weisz continued playing her role as Evelyn Carnahan in “The Mummy Returns,”. “The Mummy” pretty much launched Rachel’s career and helped her have many impressive roles such as “The Lovely Bones,” “Dream House,” “The Bourne Legacy,” and “The Lobster,” … And most recently in the 2018 period drama “The Favourite,” Weisz played Sarah Churchill alongside Emma Stone. She also took part in “Black Widow” movie as Melina. In 2022, the actress is set to star in the next TV version of “Dead Ringers,” a remake of David Cronenberg’s 1980s film of the same name.

Jonathan, Evie’s brother, caused a bit of trouble in the movie, but he had some redeeming traits. After “The Mummy”, he appeared in various films such as “I’m With Lucy,” “The Last Legion,” “Bone in the Throat,” “Genesis,” and, most recently, “The Auschwitz Report”. John Hannah has also appeared in a number of television shows. Currently, the actor starred in the drama “Transplant” as Judd Bishop.

Whenever it comes to the human version of a mummy, we think of Imhotep and the actor who played him, Arnold Vosloo. After the success of “The Mummy”, Arnold has appeared in a number of other films and television shows, including “Agent Cody Banks,” “G.I. Joe: The Rise of Cobra,” and the TV series Grimm. His latest role was Johan Langerman in the Netflix film “Silverton Siege.”

O’Connor recently appeared in the film “On Becoming a God in Central Florida.”

O’Connor has been busy since “The Mummy”, with the films he collaborated with writer/director Stephen Sommers “Deep Rising”, “The Mummy”, “Van Helsing”, and “G.I. Joe: The Rise of Cobra”. The actor is also known for his roles in television shows such as “Law & Order: Criminal Intent,” “Chicago PD,” “The Blacklist,” and “On Becoming a God in Central Florida.” In 2019, he also starred as Lt. Colonel Korn in Hulu’s rendition of “Catch-22.”

In “The Mummy“, Anck-Su-Namun was seductive and fearsome. Patricia Velásquez, who played her, has had a few acting appearances since then, including “Mindhunters,” “Little Heroes,” and the upcoming horror film “The Curse of La Llorona.” The actress recently appeared in “Malignant” as Nurse Velasquez and “Brut Force” as Mariela. She also made history as the first openly lesbian Latina supermodel in the world.

Captain Marvel 2 – Everything You Need To Know About It

2 Celebrities Who Were War Heroes That You May Not Know

12 Celebrities Who Claim That They’ve Been Canceled