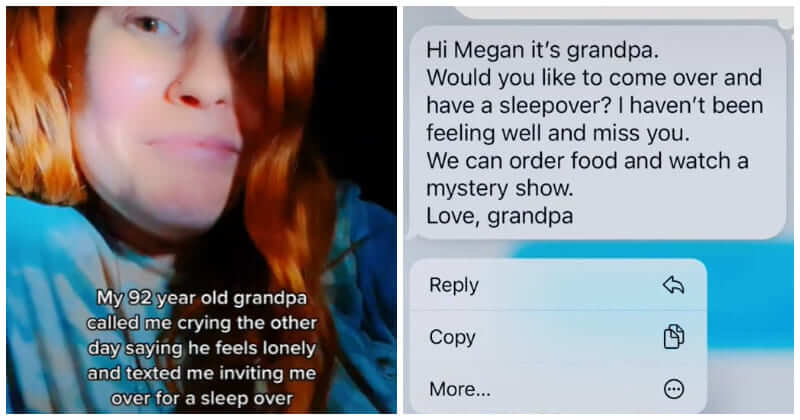 When someone asks you, “What is the thing that you love the most?” Some will answer immediately that their family is a luxury treasure to them. They are happy when they see their parents happy because of them. They are delighted when their mom keeps an extra meal after knowing they won’t eat it. They love the way their little kids hide behind them, as they feel safe with them. They can’t hold their feelings back when their lover asks “how was your day” after a hard-working day. Those things are so lovable and we all want to feel this love for our whole life.

However, due to the hectic lifestyle, not everyone nowadays has much time for their family. In some extended families, some members separate from their loved ones for their own purposes. For example, children have to start their independent life when they begin their studies at university, or when they get married to their partner. Or because of the demands of their work, they have to live in a totally different place. As a result, in some close families, people can start to feel isolated if they live far from their loved ones. This is especially true for grandparents and any elderly family members who live alone.

Take the story below for example. The grandpa in this story lives far from his family members, and he feels lonely at times. At that moment, all he needs is the existence of his family members. Therefore, he often calls and sends messages to his granddaughter to come over and have a sleepover. The lovely story was shared on TikTok by his granddaughter, and the video has blown up. On TikTok and Instagram, a woman became popular after posting her grandfather’s candid experience with loneliness.

Megan Elizabeth didn’t expect such a positive response to her grandfather’s messages when she posted them online, but it’s easy to see why her videos were enjoyed by many people. Megan’s grandfather elicited immediate sympathy from the audience.

The grandpa and the grandchild enjoy a great bond After all, this is a wonderful story about the lovely relationship between grandpa and grandkid! Megan is one of the fortunate people who still enjoys a good relationship with her grandfather.

So when he texted her one day, asking if she wanted to come over for an overnight at his place, it wasn’t out of the ordinary.

When Megan’s grandpa called her, he was having an emotional and lonely week

“My 92-year-old grandpa called me crying the other day saying he feels lonely and texted me inviting me over for a sleepover,” Megan says in her video.

Screenshots of text messages from her granddad are then shown in the video. “Hi Megan, it’s Grandpa,” says the first message.

“I haven’t been feeling well and miss you” The grandpa continues to ask Megan if she’d like to come over to his house and spend the night because he hasn’t been feeling well and admits he really misses his granddaughter.

When Megan comes over to visit, he ends the invitation by offering to order food and watch a mystery show, which is a hard offer to resist.

Megan never misses an opportunity to see her grandfather Megan, of course, was delighted to spend the evening with her grandfather. “His health is declining so I take any opportunity to see him,” she says on her TikTok video.

She replied to his text by saying she’d love to come over and would be there at 7 p.m. She then went grocery shopping for him.

Megan’s grandfather had prepared a couple of age-appropriate food requests for their get-together, which she gladly fulfilled.

Apple sauce with cinnamon and mashed potatoes were among the treats, which he quipped would be simple to consume “because I have no teeth.” She concurred and replied, “Okay, that’s it! I hope to see you soon “Then there’s a pink heart emoji.

She is the favorite grandchild because she is the only one The conversation came to a close when the grandfather wrote “Thank you so much. You are my favorite granddaughter.” Megan’s caption with a laughing emoji then comes on the screen, explaining, “I’m his only granddaughter.” Megan delivered on her promise Grandpa was happy to get his ice cream and some company In his red plaid robe and matching pajama pants, the grandfather relaxes in a rocking chair while holding his strawberry ice cream cone.

As he poses for the photo, he has a bit of an ice cream goatee on his chin, in a true grandpa manner. It’s apparent that spending time with his granddaughter is the main delight for this father. Megan’s grandpa showed her to the bedroom he had done up for her like a proud innkeeper when the two had finished watching their mystery show and it was time for bed.

He made sure she had water for the night and demonstrated how he made the bed using a doll that had belonged to her grandmother before she died.

And of course, he gave her a flashlight for the night The pocket lantern Megan’s grandfather handed her just in case she felt terrified in the night was possibly the nicest element of the entire guest bedroom set-up.

“Staying at my grandpa’s brings back so many happy memories from my youth,” she said, before adding, “I adore my grandpa so much.” Megan reveals that she gets up early in the morning to leave for work in a follow-up video captioned “I don’t deserve him.” Despite the fact that her work begins at 5:30 a.m., her grandfather never misses the opportunity to say farewell.

Megan captures the elderly grandpa standing at the front door before the sun rises, under a bright porch light, waving farewell to his only grandchild in a video.

After watching the video, viewers were moved to tears.

Some commentators left some advice for Megan:

Some people shared their own stories about their grandpa. “Don’t take grandparents for granted”, they said.

20 Funny Delivery Fails To Help You Lift Your Mood

16 Laugh-Out-Loud Snapchat Photos That Were Definitely Worth Saving

20 Photos That Show Why Good Design Is Important

18 Poor Souls Who Really, Really Regret Forgetting To Do Something