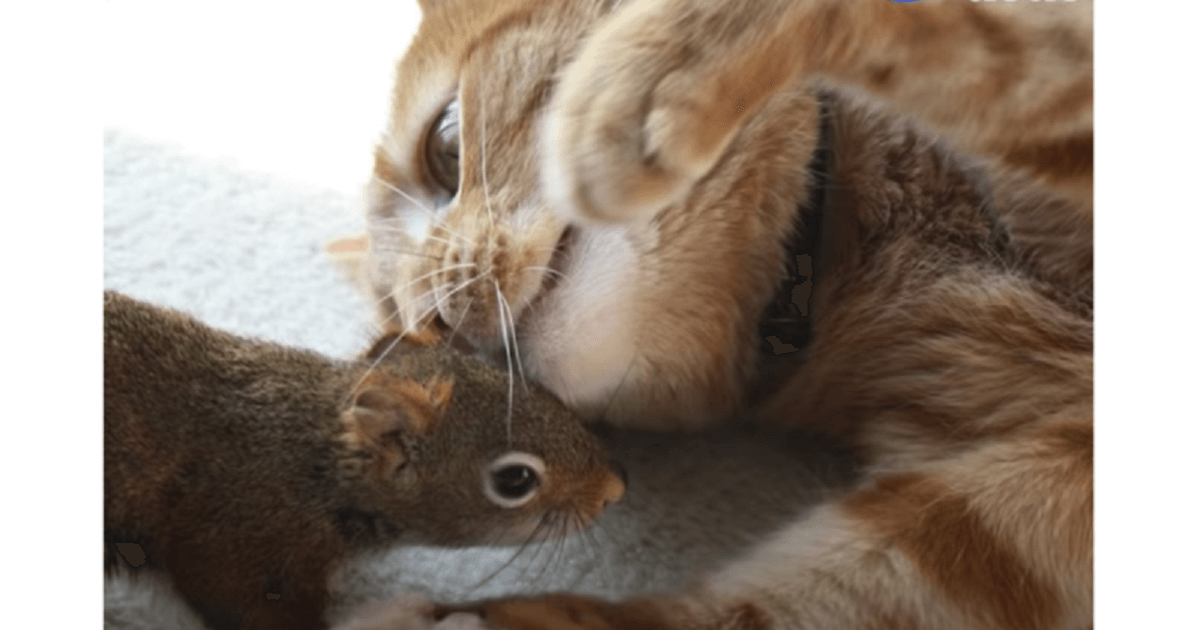 In heart-warming story today, we would like to introduce Tommy and his “brother” Jack who have become inseparable friends. Tommy was an injured squirrel, he was found in a family’s backyard. The house’s owners Will and Mel spotted the poor squirrel in their yard and they decided to bring the squirrel into their house to care for him. However, there is a big problem is that they also had a cat Jack and they don’t know how the cat is going to react to this new member.
When this couple took the squirrel in and introduced him to Jack, their magical friendship blossomed. Thankfully, Jack the cat really loves Tommy the squirrel and you can watch how they play together in the video. The squirrel never lets his big brother out of his sight. Tommy follows Jack around like a shadow Whatever Jack’s doing, Tommy will be doing.
This relationship between this cat and squirrel is arguably one of the cutest things we’ve ever seen. Be sure to watch the heart-warming video below. Please share with your friends and family members!

Never Lose Hope: This Blind Cat Met Her Saviors Who Rescued And Offered Her A Family

10+ Hilarious Pictures Of Cats Sitting On A Glass Table