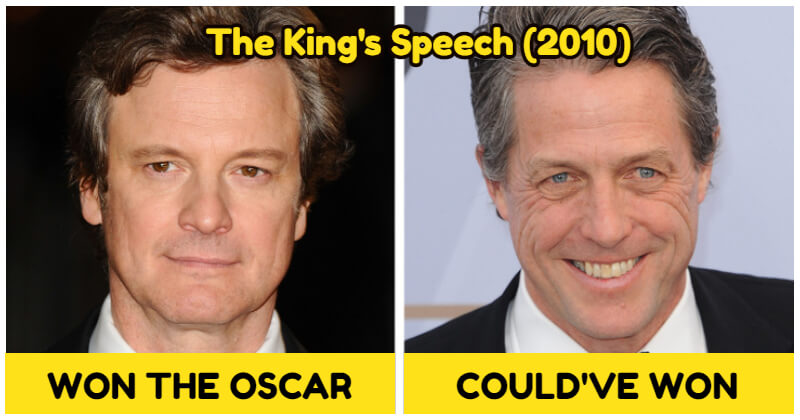 Oscar Award is the most coveted prize in Hollywood. There has always been a desire in the hearts of all movie stars – an Oscar win. The Oscar statues might be worth their weight in gold, but they’re priceless to those who’ve won one. After winning the award, the actors are flooded with tons of offers from over the world. The big-budgeted movie studios persuade these actors to involve in blockbuster films while legendary filmmakers want them for challenging projects.

Dive into the history of Hollywood, we can see that many actors turn down the roles that end up a prestigious gold statue. For example, Sandara Bullock, one of the most prominent actresses expressed her regret in turning down the role of Maggie Fitzgerald in “Million Dollar Baby”. She refused this role because of her scheduling conflicts with “Miss Congeniality 2”. Eventually, Hillary Swank played the character and won an Academy Award for her performance.

Keep scrolling down to see 8 movie stars who let an Oscar slip through their fingers. Gael García Bernal was considered for the co-leading role of transgender Aids patient Rayon in “Dalla Buyers Club” but the contract fell through. It went to Jared Leto and he won the Best Supporting Actor award for his role. Angela Bassett said she turned down the Oscar-winning role in Monster’s Ball because she “wasn’t going to be a prostitute on the film”. Halle Berry was brought in to replace Angela Bassett and she won the award for Best Leading Actress. It’s hard to imagine Steven Spielberg’s Lincoln without Daniel Day-Lewis’ Oscar-winning central performance. However, Day-Lewis wouldn’t have been there if Liam Neeson hadn’t dropped out of the project. He felt that the new script “had to no connection with him”. Anne Hathaway could have been a double winner at the Oscars in 2013 if she hadn’t dropped out of “Silver Linings Playbook”. There was a scheduling conflict with “The Dark Knight Rises” in which she was involved. Eventually, Jennifer Lawrence played Tiffany Maxwell and she took home a Best Actress award. Harrison Ford revealed that he was offered the leading role in “Syriana” which earned George Clooney an Oscar Award. Ford rejected the role because he felt there wasn’t enough substance to the film. As Stone won the Oscar for her performance in La La Land, it’s likely hard for most fans to picture someone else in the role. However, Emma Watson was initially selected for the part. The Harry Potter actress shared that filming “La La Land” conflicted with preparation and training for her role as Belle in “Beauty and the Beast, and she had to pass on the part of Mia Dolan. Hugh Grant regretted his decision to turn down the role of George VI in “The King’s Speech” after actor Colin Firth garnered praise for his portrayal of the same. The role helped Colin Firth earn an Oscar for Best Leading Actor. Sandra Bullock was upset when she passed the chance to star in the Oscar-winning movie “Million Dollar Baby”. She declined the role because of her schedule – at that period she was involved in the project “Miss Congeniality 2”.  Finally, the actress getting the chance was Hilary Swank and she won an Academy Award for her play.