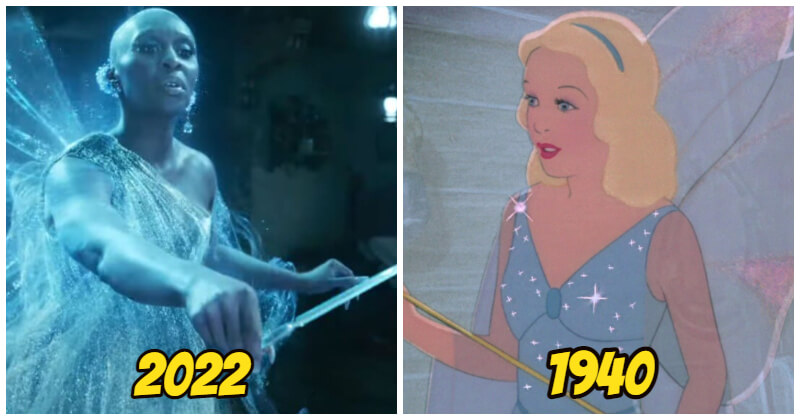 Disney has been killing it lately with their life adaptions. With multiple hits – and a few duds, sorry Tarzan – fans are going wild over seeing their favorite childhood movies remade with real actors. And CGIs, of course.

While the majority of their remaking project has been one success after another, the House of Mouse is no stranger to controversy. And their latest controversy comes from a casting choice in their latest live-action project: Pinocchio.

The trailer that drives fans wild The trailer for Pinocchio was recently released. Even non-Disney fans are familiar with the story about the wooden puppet becoming a real boy. People however are not familiar with the latest portrayal of the Blue Fairy.

Following the release, Twitter began to whine over how the Blue Fairy was not her original self. In the 1940 animated picture, The Blue Fairy is white with blonde hair. However, in the live-action version, black actress Cynthia Erivo plays the character, and she has neither.

Irritate Disney fans flocked to Twitter to criticize those who are attempting to race-bend Blue Fairy, accusing them of being racist.

But why can the Blue Fairy be Black? Some fans are supportive; even claiming that the “white” Blue Fairy is not featured in the original Pinocchio story. Times have changed since 1940. With society being more inclusive, why can The Blue Fairy be Black? People who are upset about Cynthia Erivo being cast as Fairy God Mother will have to live with it.

“Watching a lot of adults become furious about a blue fairy in a kids movie is… weird,” tweeted @zeldawilliams. “Pinocchio was released in 1940. Do you really want to pretend you’re protecting the honor of a film whose premiere you weren’t even there for? Stop pretending to be Pinocchio purists.”

In similar cases, Moses Ingram has already faced backlash for her casting of Obi-Wan Kenobi. People who are throwing tantrums over “the racially corrected casting” must stop.

When will we get to see Pinocchio? The live-action Pinocchio will come to Disney+ on September 8, 2022. Robert Zemeckis directed the film, and Chris Weltz co-wrote the screenplay with him. Aside from Cynthia Erivo as the Blue Fairy, Tom Hanks will play the carpenter Geppetto.