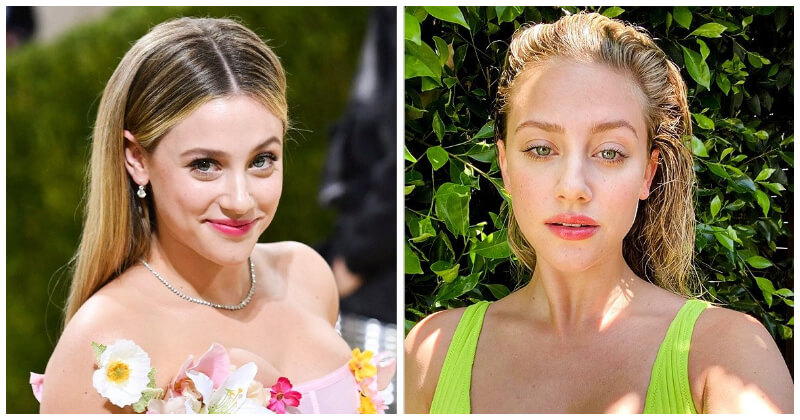 Since stepping foot into the spotlight, Lili Reinhart has increased her awareness of body image and mental health. The Riverdale star has struggled with obsessive thoughts concerning her appearance for the last few months. Fortunately, now she pulls herself together and looks at her body with love instead of criticism.

At the Met Gala 2022, she was frustrated with those who went to great lengths to get in shape and to wow with their one-of-a-kind gown. On March 22, the 25-year-old actress shared a message about body positivity on Twitter. Her tweet is a reminder to herself and all – “you don’t need a flat or perfectly toned stomach to wear a crop top”. After she posted her tweet, her sincere message resonated with social media users that chimed in with words of appreciation.

If you’re curious about how she embraces her body and encourages people to do the same, scroll down to see. Lili Reinhart is a powerful advocate for body positivity. She shared her frustrations with celebs who went to lengths ahead of Monday night’s Met Gala. The Riverdale actor shared a series of self-described “rants” on social media and called out “stupid harmful celebrities”. She is aware of how important appearance is for celebs, but she still protests about losing weight to look good in public.

The actress once found it challenging to accept herself Lili Reinhart’s been struggling with her body image for a few months and it’s gotten pretty severe. She showed her problems via Instagram and let her fans know that they weren’t alone. She knows that Hollywood beauty standards are sometimes irrational but she is aware that her body deserves love and admiration of any size. She confirms that many people encounter criticisms about their appearance. Therefore, Lili wants to promote her fans to “normalize, empathize and show compassion and kindness”. She encourages other women to give themselves a chance to let go of deceptive standards. She thinks that women can be confident in their natural beauty.