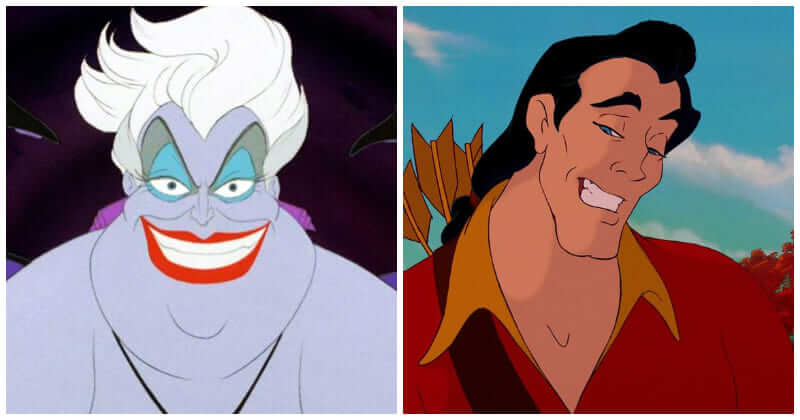 In every aspect, Disney villains are iconic. Sometimes even much more than the heroes. While it’s true that the majority of them are considered utterly evil, it can be argued that some of them contain a hidden sweet spot that is just waiting to be uncovered. The idea that some of these great villains are just misunderstood can certainly be a valid opinion. If we examine deeply and get to know these criminals, we will discover that they are not as awful as we believe. They can, in fact, even be best friend material to some people. It only takes a little patience to deal with their attitude.

Look down below to see a few Disney villains who we think would make terrific friends: One of the best characters in The Emperor’s New Groove is Yzma. She appeared to be the bad guy, but only because she wanted to poison Kuzco. Her reasoning is that she believes she can better govern the kingdom. Aside from that, Kuzco has been cruel to her over the years. But Yzma would only be a good friend if people understood her. She is free-spirited and hilarious at times, making her an ideal travel companion.

#2 Gaston (Beauty And The Beast) Source: Beauty And The Beast

Gaston may be a little obnoxious and self-absorbed, but he may be a fantastic friend. The guy wants Belle to be his wife since he thinks she’s the most beautiful girl in the village. He went about his business, rallying the people to kill the beast. Gaston may be rough around the edges, but he is a harmless antagonist. His acts are only a reflection of his desire to prove himself to the inhabitants of the town. Despite his narcissistic demeanor, his confidence can be a huge asset if you’re on the same team. She was not always the villain shown in the live-action version. Maleficent was originally a peaceful fairy who dwelt in the heart of the forest. Her transformation into a villain was fueled by betrayal and anguish, both of which were non-existent in the first place. When Maleficent kidnapped Aurora, she treated her as if she were her own daughter. She is compassionate and lovely on the inside. She guards the forest and all of its inhabitants. Maleficent is a faithful friend who will always defend you. King Louie is a fictional character developed for the film. He enjoys a lavish lifestyle that includes partying, listening to jazz music, and eating a lot of fruits. Isn’t he not your average villain? While he is portrayed as a villain in the film, he is not particularly evil. In fact, everyone wishes they could spend time with him. Aside from being the light of the party, King Louie is also an extrovert, which allows him to easily make new acquaintances. Ursula appears to be your classic Disney evil at first glance. When one investigates her character, however, it is evident that she is one of the many misunderstood antagonists. Ursula has a strong-willed, unabashed personality. She may help you grow your confidence and push you to fire your shot after she becomes your friend, especially when it comes to finding love.