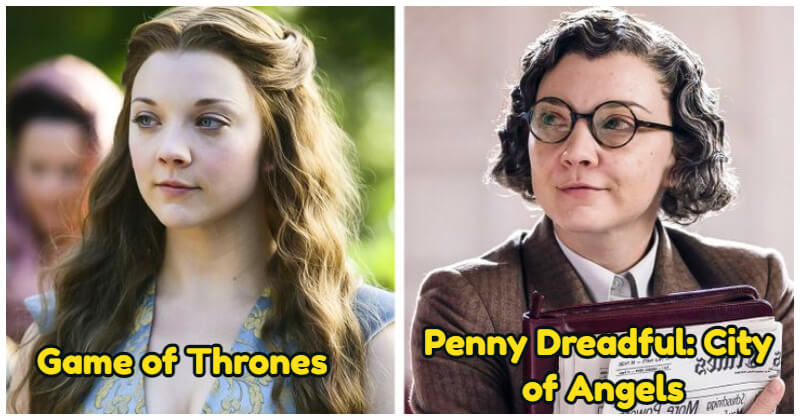 Actors in Hollywood usually face stereotypes in their careers. For example, Joe Pesci has played the role of a gangster many times (Goodfellas in 1990, A Bronx Tale in 1993, The Irish Man in 2019). And how often do you see Seth Rogen play the stoner? Will Zooey Deschanel ever be cast in anything other than a “manic pixie dream girl” role? As you can see, Hollywood typically plays safe when it comes to casting, as these actors are far too familiar with their usual roles.

Many actors have avoided this kind of stereotype by choosing roles that are opposed to those they’ve previously embedded — and grown famous for. Thanks to playing a variety of different roles throughout their filmographies, these actors have kept their careers intriguing to a broad audience.

And we, as film enthusiasts, wouldn’t want our favorite actors to keep playing the same role in different movies, right? Role diversity is also important to the actors, as they always challenge their acting abilities to the limit.

Take a look at 9 actors below to see their incredible acting abilities in their contrasting roles. Jim Carrey is a versatile actor who can portray both humorous and tragic parts. Films like Eternal Sunshine of the Spotless Mind, The Truman Show, and others have previously demonstrated Carrey’s ability to make audiences laugh and weep. He also recently starred in the dramatic movie Dark Crimes as the main character. It’s difficult to see Robbie Coltrane, who played the friendly Hagrid, without his mane and beard. The actor, on the other hand, played an entirely different character in the 2012 cinematic version of Charles Dickens’ novel, Great Expectations: Jaggers.

#3 Elizabeth Banks — Walk of Shame and The Hunger Games Elizabeth Banks isn’t afraid to play a variety of roles. Furthermore, the actor is prepared to forego her attractiveness in order to portray a character as realistic as possible. Her role as Effie in The Hunger Games could make you unable to identify who the stunning blonde, Banks, was. Sophie Turner is best known for playing Sansa Stark in the HBO series Game of Thrones. In addition, the actress appeared in the new X-Men film. What’s more, Turner also starred in the 2018 thriller Josie as an evil avenger and bounty hunter who had little in common with the Lady of Winterfell. Emma Stone is known for playing funny, adorable females. In 2021, though, she played Cruella de Vil, the evil villain. The film Cruella tells the story of the endearing adversary Cruella de Vil who enjoys all things black and white and fantasizes of donning a fur coat made of Dalmatian skin. After the release of Basic Instinct, Sharon Stone became well-known. She did, however, play dozens of different women in addition to the deadly writer. In the drama Lovelace, Stone played a stern mother whose daughter was the victim of an abusive spouse. Dormer portrayed a plain lady in the fantasy horror series Penny Dreadful: City of Angels, and received even more admiration from viewers.

#8 Peter Dinklage — Game of Thrones and I Care a Lot Peter Dinklage rose to international prominence as Tyrion Lannister. After Game of Thrones, though, the actor was cast in a dozen new projects. In the criminal comedy I Care a Lot, Dinklage portrayed Roman Lunyov, a flamboyant Russian mafioso.

The filming of a new movie about Princess Diana has started. Spencer was the title of the picture. It will look at what transpired 3 days before she divorced her spouse. Kristen Stewart, the main character in the Twilight trilogy, will play a tomboy in both Charlie’s Angels and Underwater.

Diana’s narrative has been filmed on several occasions. Naomi Watts portrayed the Princess of Wales in the 2013 biography, while Emma Corrin portrayed young Diana in the TV series The Crown.