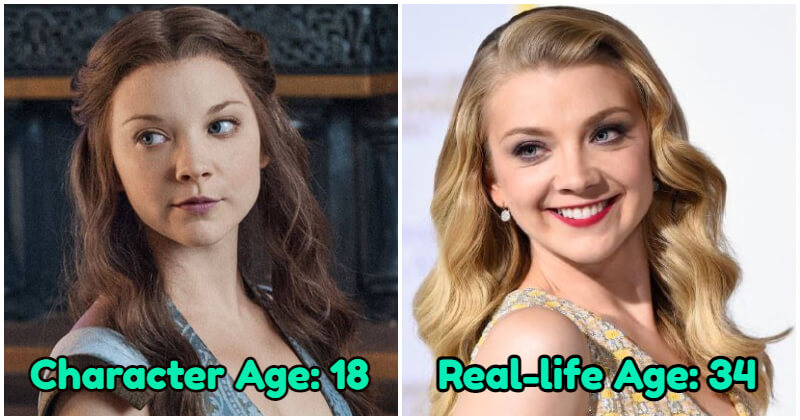 Hollywood doesn’t often hire actors whose age matches the characters they are playing. And most of the time, the actors are older than their roles. For example, in TV shows or movies set in high school, most of, if not all of the cast aren’t actual teenagers. This is because while the characters are supposed to be teenagers, actual teenagers often do not have the necessary acting experience required for the role.

Sometimes, a particular actor is just so good at acting, that being a few decades ahead of their character won’t be seen as a problem for the casting directors.

Here are 12 actors and actresses whose age was years ahead of their characters. #8 In the final installment of the trilogy, Robert Pattinson was 26 years old, but his character, Edward Cullen, was just 17 (The Twilight Saga: Breaking Dawn — Part 2, 2012). #11 Charisma Carpenter, 27, was ideal for the character of a high school student (Buffy the Vampire Slayer, Season One, 1997). #12 Natalie Dormer was 32 years old when she played Margaery Tyrell, an 18-year-old (Game of Thrones).