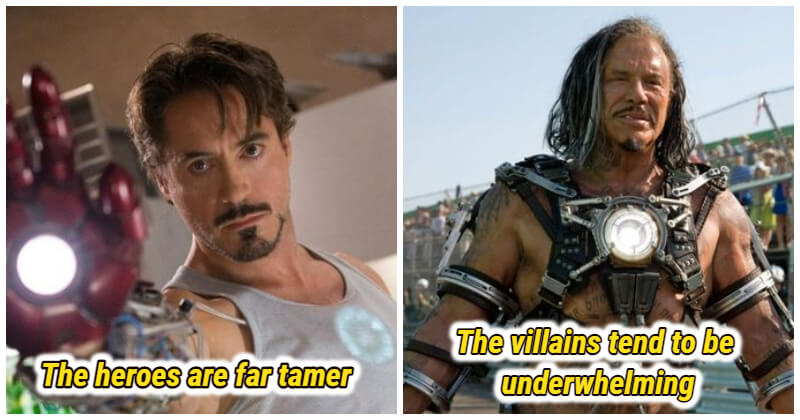 The MCU is a resounding success. Both the DCEU and the Dark Universe are trying to play catch up, using the MCU as the model of success.

Phase 1 is what fans of the MCU called the first MCU movies, up until the Avengers. Beginning in 2008, these include the first 2 Iron Man movies, as well as Captain America: The First Avenger, Thor, and… yes, even The Incredible Hulk.

Movies from the MCU’s Phase 1 are still enjoyable today. Their writing, acting, and directing are top-notch. Back then, the MCU was not a concrete conception. And so each movie’s quality is awesome on its own. They were their own devices and stories. Which makes these movies more authentic, organic, and just better, somehow.

That being said, MCU’s Phase 1 is not infallible. In these movies, some details are glaring mistakes, according to both fans and non-fans. Here 7 hiccups that even non-fans notice from MCU’s Phase 1. At this point, having movies tightly woven together is a staple of the MCU. This means seeing characters from different movies making cameo appearances or playing crucial roles in another MCU project.

Phase 3 and 4’s Spider-Man: No Way Home, and Avengers: Infinity War are great crossovers, but this doesn’t happen a lot in Phase 1. Nick Fury, Black Widow, and Hawkeye are the only characters to make appearances in other Marvel movies in Phase 1. These appearances, while fun to watch, feel disjointed when compared to later MCU phases.

#2 Little To No Action Scenes The heaviest action sequence in Phase 1 was Iron Man’s plane being shot down, but that’s about it. Compared to Phase 2 and Phase 3 big action sequences, this is pretty mild. The MCU is constantly highlighted as the most consistent cinematic universe in the last decade. For the MCU, each film and TV series contributes to a multi-layered plot, behaving in many respects as separate parts of the same story. Now.

Because MCU’s Phase 1 doesn’t really emphasize movies being interconnected, these movies are pretty dodgy when it comes to continuity. Most notably, SHIELD was a fledgling organization instead of an established institution.

#4 A Small Pool Of Characters The MCU has a lot of characters. Naturally, it was built on a very prolific property. Phase 2 and Phase 3 introduced a lot more characters, but this was scaled back in Phase 1.

This is due to logistics. Introducing too many characters in too little time feels overwhelming. But the lack of crucial characters like Sam Wilson, Wanda Maximoff, or Captain Marvel are obviously felt by fans.

The DCEU and Dark Universe pulled the exact same move and tank, so the MCU may be right on this call. Character writing in Phase 1 was inconsistent. While characters like Iron Man and Captain America hit the ground running, the others are more poorly written.

This was remedied in later movies. The characters go through a lot of revamping, doing 180 on their personalities. Bruce Banner becomes less tortured, Natasha Romanoffs more human, and Thor more fun. Later movies, like Doctor Strange, focus more on the magic aspect of the MCU. Judging the sorcery is one of the most important aspects of Marvel, the lack of magic in Phase 1 makes the world-building feel very limited. The MCU has a villain problem. Other than Loki, Phase 1 MCU followed the villain-of-the-movie format, which makes this problem evident.

In comparison to their complex MCU heroes, villains such as Obadaiah Stane and Red Skull are one-dimensional and even ludicrous. Especially when compared to those from Phase 3 and 4.