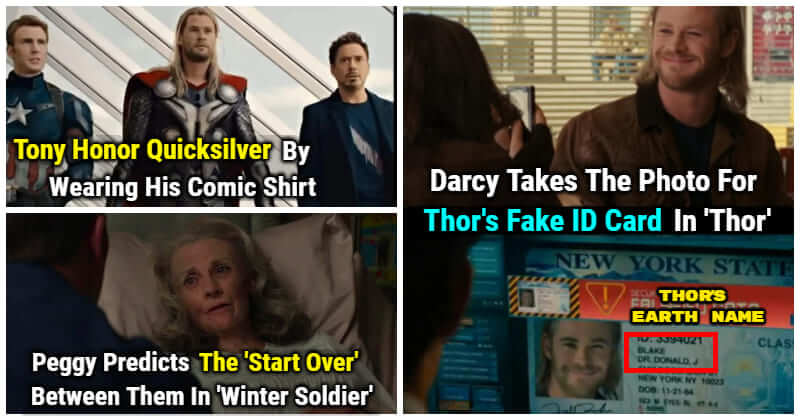 Not everyone can be an iconic hero like Captain America or an epic villain like Thanos in the Marvel Cinematic Universe. This isn’t to say that the minor characters aren’t important. In fact, the opposite is true. Fans online are sharing all kinds of great minor tastes about the MCU’s more undervalued faces to help shed some light on what makes them so amazing. When Korg hangs out with the melancholy, out-of-shape Thor in Avengers: Endgame, for example, you can see him growing moss on his rocky form if you look closely. These subtleties can sometimes be lost in the backdrop.

Before Drax sneaks up on Quill aboard the Milano in Guardians of the Galaxy Vol. 2, you can see him blending in with his surroundings. There are even examples that span multiple films. Wong tells Stephen in Doctor Strange that people only think he’s hilarious because he employs them. Doctor Strange shoots a similar remark at Tony Stark in Infinity War. Below are the 20 interesting details about underestimated Marvel characters.

1. Tony Pays Homage To Quicksilver With His Shirt In ‘Age Of Ultron’

“At the end of Avengers: AOU, Tony’s shirt is a replica of Quicksilver’s comic costume.”

2. Quicksilver Reattaches A Bullet To Its Shell

“In Avengers: Age of Ultron, when the Maximoff twins go to intimidate Klaue, Quicksilver not only dismantles the gun and keeps the bullets on the table, but also catches the bullet fired and attaches it to the shell. That is why we do not hear a shell falling down.”

3. Wong Shows Dr.Strange An Insult To Use Later “In Dr. Strange, Wong points out that people laughed at Dr. Strange only because they worked for him. Dr. Strange goes on to use the very same insult against Tony Stark in Avengers: Infinity War.”

4. Peggy Forecasts The ‘Start Over’ For She And Cap In ‘Winter Soldier’ “In Captain America: The Winter Soldier, Peggy Carter stated ‘The best thing we can do is start over.’ Fast forward to Avengers: Endgame, Steve Rodgers travels back in time to relive the life he never had the chance to.”

5. Drax Have Worn A Shirt For The First Time “In Avengers: Endgame, during the funeral scene, Drax is seen wearing a shirt. This is the only occasion that he has ever worn something over his chest in the MCU, as stated in GotG2 by him that he has ‘sensitive nipples.’:

6. M’Baku Has A Seat At The Council “In Black Panther, there is always one empty seat in the palace council room reserved for M’baku, the leader of the Jabari mountain tribe. He refuses to come down from his mountain home.” “In the very first spoken line of Spider-Man: Far From Home (2019), Maria Hill addresses Fury as ‘Nick.’ We know from Captain Marvel that NOBODY calls him ‘Nick.'” “In Thor, the fake ID Dr. Selvig gives the S.H.I.E.L.D. agents uses the picture Darcy took of Thor in the diner.” “In Thor: Ragnarok, Korg can’t start his revolution because he ran out of pamphlets. Paper beats rock. Later, he steps on Miek and almost kills him. Rock beats scissors.” “In Iron Man 2, Happy’s boxing gloves have a small white circle similar to Iron Man’s repulsors on his gloves.” 13. Korg Has Moss Because Of His Laziness “In Avengers: Endgame, Korg shows signs of moss growth due to the nature of his and Thor’s lazy lifestyle.”

“In Spider-Man: Homecoming, Happy Hogan mentions ‘Mengingjord,’ Thor’s belt of might that doubles his strength when he wears it in Norse mythology.”

15. Drax Blends Into His Surroundings “In Guardians of the Galaxy Vol. 2, Drax can be seen blending into his surroundings, appearing next to Quill and startling him seconds later.”

16. Wong Bring In Banner To His Own Ice Cream

“In Infinity War, Wong says that his favorite flavor of Ben and Jerry’s is ‘A Hunka Hulka Burning Fudge,’ to which Banner replies ‘that’s a thing?’ In Avengers: Endgame we can see him eating from a Ben and Jerry’s tub of that flavor.” “In Avengers: Infinity War, Mantis sets her hands like an actual praying mantis when sneaking on Thanos.”

18. The Ancient One Wears A Hood To Cover Her Dark Power “At the start of Doctor Strange, the Ancient One is wearing her hood while she bends matter freely to stop Kaecilius. This is to cover her forehead to hide the fact that she is channeling power from the Dark Dimension (which is revealed later), which is why Kaecilius calls her a hypocrite.”

19. Peggy Is Prepared To Jump On The Grenade

“In Captain America: The First Avenger when Steve jumps on the grenade, you can see Peggy about to do the same.” “In Avengers Endgame, after Tony Stark bids farewell to his father in 1970, Howard Stark is driven away by his loyal butler and confidant, Edwin Jarvis (played by James D’Arcy, who also starred in the short-lived TV series, Agent Carter).”

10 Famous Plot Holes In Iconic Movies That Are Finally Solved

23 Celebrities And Their Unique Tattoos

7 Actors Who Give A S*** To Prepare For Their Roles