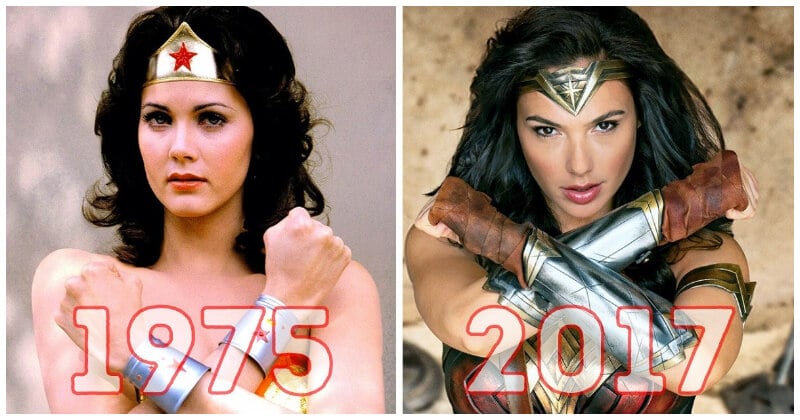 The chances of creating an iconic character, whether on stage, in film, or in the pages of a best-selling book, are quite rare. However, there are actors who were “born to play” their iconic roles. They fit their assigned characters so perfectly that we can only describe these cases as miracles.

Legendary roles like Rocky Balboa, Indiana Jones, and The Terminator have left us with profound feelings while watching them, making them irreplaceable to the mass audience. These characters are almost impossible to recreate, yet, many talented actors were able to pull it off.

As decades pass and new generations arise, more films about these legendary characters are produced. Hence, an actor cannot take over that same role forever. That’s just not possible.

Prequels, sequels, and outright reboots have all been done. For example, each generation has its Joker – Cesar Romero in Batman TV Series (1966–1968), Jack Nicholson in Batman (1989), and Heath Ledger in The Dark Knight (2008).

This list below focuses on the evolution of multi-actor characters from our favorite films and television shows. When you think of Tarzan, you could think of a movie or a cartoon character, depending on your age. To begin, the youngster who was nurtured in the bush was first revealed to the public in a magazine in 1912. From 1918 until 2016, there have been a total of 24 men who have played Tarzan. We included some of the brightest in this collage, starting with Christopher Lambert (1984) and ending with Alexander Skarsgrd (2016). James Bond is perhaps the character on our list that has been represented by the most different actors. Sean Connery starred in the first Bond film, Dr. No, which was released on October 5, 1962. There have been 27 James Bond films created in the previous 59 years, with Daniel Craig playing the last part.

Catwoman’s persona, along with her costume design, have evolved with time. The attire has evolved from a more exposing appearance to one that is more functional and comfy. The last Catwoman, played by Zoe Kravitz, is really gorgeous. Not everyone is aware that the newly released film The Witches has a 1990 remake starring Anjelica Huston as the Grand High Witch. As you can see from the collage, the protagonist character’s look has changed dramatically. However, Anne Hathaway did an excellent job as the new Grand High Witch. Dracula, the classic horror monster, appears frequently in TV series and films about vampires and monsters. Although many actors have played Dracula in films and on television, only three actors stand out: Bela Lugosi in 1927, Christopher Lee in the 1950s and 1970s, and Gary Oldman in 1992. Another witch on our list is Sabrina Spellman, a young witch who was represented on film in a TV program from 1996 to 2003. Melissa Joan Hart portrayed the character at the time. Kiernan Shipka’s Sabrina, an updated and more feminist version, was recently praised by fans. Even if the witch’s appearance has changed slightly, one thing has remained constant: Salem, her cat. Captain America, a fictional superhero from the Marvel Cinematic Universe, has been performed by three different actors in various periods. It all began with Reb Brown in 1979, followed by Matt Salinger in 1990, and now Chris Evans, the current Captain America hero. Many actresses have fallen down the rabbit hole to play Alice, a character from Lewis Carroll’s classic Alice’s Adventures in Wonderland. Although there have been several theatrical productions of this story, three prominent actors have played Alice in films and television programs. Tina Majorino portrayed Alice in a “traditional” rendition in 1999, while Caterina Scorsone directed an Alice mini-series in 2002. Mia Wasikowska plays the updated and most recent Alice persona. Superman, who has been recreated for the big screen hundreds of times, is probably the most popular comic book hero on our list. Despite the fact that many actors have played the global savior, only a handful stand out. In 1948, Kirk Alyn portrayed the first Superman in a film. However, Henry Cavill, who played the hero from 2013 to 2017, is often regarded as the greatest actor in the role.

When it comes to the Marvel Cinematic Universe, few can forget the green-skinned superhero, Hulk. Bruce Banner is the alter ego of the raging monster Hulk. In the 1970s television series The Incredible Hulk, Lou Ferrigno played the original Hulk, while another actor played Banner. Following that, the filmmakers adjusted their method, and now both Hulk and his alter ego are played by the same actor, like in the most recent film, starring Mark Ruffalo. Since 1938, 17 film and television versions of Jane Austen’s classic novel have been released. As a result, a number of actresses played Elizabeth Bennet, a young lady who aspires to marry for love but is pressured by her surroundings to marry for convenience. Greer Garson originated the character in 1940, and Lily James is the most recent actress to perform it (2016). Fans of the literature, on the other hand, still debate on who played Elizabeth better. Joan of Arc is arguably the most renowned French woman of all time. The first film about her was released over a century ago, in 1928. Joan was played by Ingrid Bergman in the black-and-white film in 1948, then Milla Jovovich and Leelee Sobieski in the 1999 remake. Batman’s suit has dramatically evolved over time. The role has also been played by different actors throughout the years. Around 60 years ago, the first Batman film was released. Adam West made the initial appearance, and the renowned “Dark Knight” has since been passed down to the current hero, Robert Pattinson. Last but not least, there’s Zorro, who is shown as a dashing masked hero who protects people from evil. Multiple actors have played this superhero without abilities, but his outfit hasn’t changed much throughout the years – he’s always dressed in a black cap with a mask and a sword. From 1920 until 2015, ten different actors have taken on the role of Zorro.