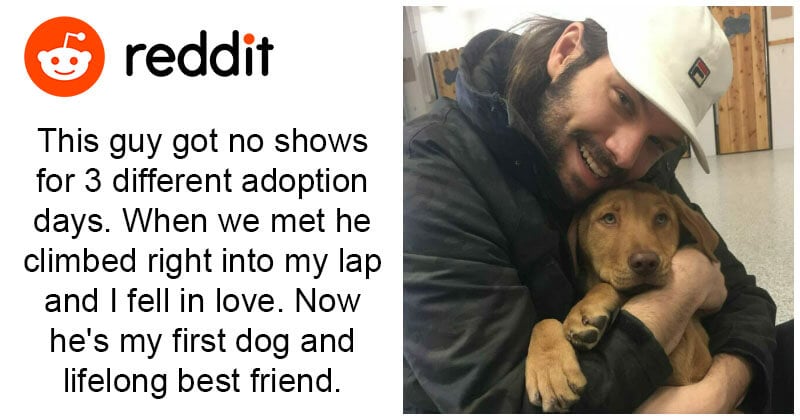 Many of you are cat (or dog) lovers, but a few of you love to adopt a stray instead of buying a particular breed. And, sadly, this doesn’t help you to be a compassionate animal lover. As you call yourself an animal lover, you should involve in rescuing and giving a new life to furry companions, whether dogs or cats, who are not living the life they deserve. None of these animals deserve to be neglected and treated unequally because of their mixed breed.

Fortunately, there are still people who are willing to provide all rescued animals a second chance in life, regardless of their breed. From their point of view, stray animals that they found on the streets should be loved and cared for as equally as those that they adopt from shelters. And this is what we totally agree with. To inspire you, we’ve collected twenty-one short stories of owners rescuing cats and dogs and giving them a new forever safe home. Scroll down and enjoy! “Meet Van Gogh. Trying to get him to pose for his adoption photo.” “This is Old Lady (almost 18), her family of 16 years gave her to a shelter where she lived for almost a year, until we adopted her a few months ago. Giving her the best life possible 🥰” “We adopted this five-year-old shelter cat last week, I adore her and she adores us. Couldn’t ask for a better girl, Rosie” #5 Best wishes to him “Say hello to our retired Military Working Dog we adopted. He gets toys for life now; including the biggest tennis balls he’s ever seen” “This little girl decided to break in through our front window every day for a week and adopt us. It’s been a month and no one’s claimed her, so we adopted her back.” “Yesterday, I helped this sweet girl get adopted. Her parents sent me this photo of her in their new home” “Two weeks ago, I adopted a boy with the saddest face from a nearby shelter. He’s really come out of his shell in that time, and has already grown attached to me. Meet Tom Bombadog!” “Akali was returned to the shelter by her first adopter, but now I have a best friend” “This guy got no shows for 3 different adoption days. When we met he climbed right into my lap and I fell in love. Now he’s my first dog and lifelong best friend. Meet Winston!”

“We adopted him two weeks ago. This is their first cuddle.” “A few weeks ago I adopted a puppy (right) and today a new dog appeared in front of the door and he looks like he is the same dog from the future and he is trying to warn himself about something.” “Recently adopted a stray cat, two weeks ago she wouldn’t be in the same room as a human. Tonight, she scratched at my bedroom door to come in. No touching though!” “I adopted my first ever cat last month. I was nervous about it, but I think she’s found her home. Meet Blueberry” “I was fostering this goof when a family adopted him. The family brought him back for being “too large” so I adopted him. Welcome home, big guy.”

“This is my new friend, Harvey! Took this just minutes after adopting him!” “After fostering 4 pups over a period of 3 mths, I’ve decided to adopt the 5th one! You’re coming with me wherever I go from now on! Welcome to your forever family, Haribo!” “Baxter lived to twice his life expectancy (8/16.5). I’m so proud to be his rescue mom. Love, boop snoots and adopt!”

10+ Jerk Cats Being Shamed For Their Crimes

10+ Spoiled Cats That Probably Live Better Than You