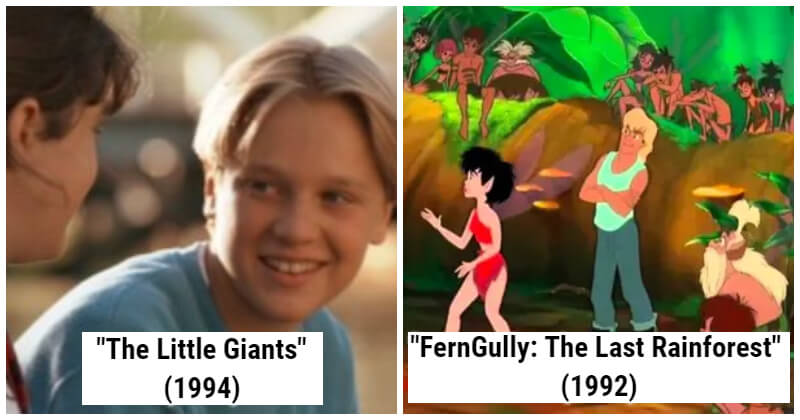 It is not exaggerated to say that the 1990s was the golden age of cinema. After all, no other decade produced as many iconic films in diverse genres as the 1990s. From beloved teen films like “Clueless” and “Pretty Woman” to classics like “Titanic” and “Forrest Gump,” we’re all familiar with them. But what about the lesser-known ones? Other movies are being overlooked or completely forgotten, despite the fact that they deserve greater attention.

With that in mind, we think it is worth compiling a list of ‘90s movies that were underrated. If you give these movies a second chance, you’ll be surprised at how good these films are. And you can now see most of these movies on Netflix and other streaming services from the comfort of your couch. So, in your next free time, why don’t you take a trip down memory lane with these movies? This John Hughes film has not had the same cultural influence as some of his other legendary works, possibly because it appears that only children enjoyed it. Jim Belushi portrays a destitute man who adopts an orphan named Curly Sue (Alisan Porter) and enlists her help to scam people. One day, their lives are turned upside down because they scam the wrong person. “FernGully: The Last Rainforest” is an American and Australian co-production set in an Australian rainforest about fairies who preserve the trees and battle loggers and Hexxus, the embodiment of pollution. It’s a great movie with a voice cast that included Tim Curry, Christian Slater, and Robin Williams. One of the most memorable films for teens of the 90s was a whole series of “3 Ninjas” movies. They were about three brothers who were taught ninja skills by their grandfather and then went on to face the FBI and other bad guys. But “3 Ninjas” (1992) was the only film released by Touchstone Pictures, while the others were released by TriStar Pictures. “Coneheads” is one of the numerous films based on Saturday Night Live comedic skits from the 1990s. This movie is about aliens stranded on Earth, starring Dan Aykroyd, Jane Curtin, Michelle Burke, David Spade, Chris Farley, Adam Sandler, Drew Carey, Parker Posey, Ellen DeGeneres, and Jason Alexander. It’s not a really good film, but it was extremely popular among children who believed that being able to quote comedies word for word was the height of humor. “The Pagemaster” is about a shy, frightened youngster who is caught alone in a library during a thunderstorm, meets three talking books, and must fight his way through legendary stories to escape. It’s a wonderful homage to storytelling that got overshadowed by everything Disney. The film featured many voice talents such as Christopher Lloyd, Whoopi Goldberg, Patrick Stewart, and Leonard Nimoy. Despite being panned by critics and a box office disappointment, “Corrina, Corrina” found its way into the hearts of many ’90s kids. Whoopi Goldberg plays Corrina, a maid and nanny for a sad widower (Ray Liotta) and his young daughter (Tina Majorino), who has been quiet since her mother’s death in the 1950s. “The Mighty Ducks and The Sandlot” appear to be the most popular ’90s kids’ sports films, but “The Little Giants” was iconic. It was a humorous and quotable movie that starred everyone’s favorite poster boy, Devon Sawa, and the requisite rag-tag group of uncoordinated underdogs up against the slick, rich, and talented team. In particular, the film is very popular in the sports world. From 2004 to 2007, New York Giants wore jerseys that were similar to the Little Giants’ uniforms in the film.

Everyone remembers “Free Willy”, but what about “Andre”?”Andre” is based on a true story of a little girl and her family who look after a wounded seal in the 1960s. It was amusing and sad like all good animal movies should be. “Baby’s Day Out” answers the question: “What if Home Alone featured an actual infant?” It’s about three criminals who kidnap a baby from an affluent family and are then outsmarted by the baby. It’s 99 minutes of pure comedy that makes absolutely no sense but is incredibly entertaining when you’re a kid. Based on the 1960–1966 animated television series of the same name, “The Flintstones” is an American family comedy film directed by Brian Levant and written by Tom S. Parker, Jim Jennewein, and Steven E. de Souza. Despite receiving negative reviews from critics, the picture was a great box office success. Audiences and fans applauded the film’s fidelity to the original material, visual effects, costume design, art direction, and performances (especially Goodman’s as Fred). In the movie, the Olsen twins play identical strangers. One is an orphan named Amanda and the other is a wealthy girl named Alyssa. They met at summer camp and decide to trade lives, and then devise a scheme to bring Amanda’s social worker (Kirstie Alley) and Alyssa’s father together (Steve Guttenberg). The Olsen twins made a lot of movies when they were small, and you know what? This was one of my favorites. “Bio-Dome” is a stoner comedy with an environmental theme. In the film, two clumsy, dim-witted slackers accidentally become trapped in the “Bio-Dome,” a confined ecological system. The film stars Stephen Baldwin and Pauly Shore and has cameo appearances by celebrities such as Roger Clinton, Kylie Minogue, Patricia Hearst, and Rose McGowan. Although it was panned by critics, the movie was well-known by boys aged 12-13. “FairyTale: A Genuine Story” is set in 1917 in England and is partially based on a true story. It is about two girls who take a photograph of fairies that shocks the world. It’s a lovely film with an even wilder true narrative, but it seems to have largely been forgotten since the 1990s. “Gattaca” was a box office flop, but if you caught it on cable or rented it from Blockbuster, you probably watched it more than once. The sci-fi is set in the “not-too-distant” future when eugenics divides individuals into “valids” and “in-valids,” with the “in-valids” having restricted rights. Vincent is played by Ethan Hawke, an “in-valid” who poses as a valid because he wishes to travel to space, but whose ambitions are jeopardized when he becomes involved in a murder investigation led by his own brother. “Inventing the Abbotts” was set in the 1950s and chronicled the story of two intertwined families: the wealthy Abbotts and their three daughters (played by Joanna Going, Jennifer Connelly, and Liv Tyler), and the destitute Holts – a single mother with two sons (played by Billy Crudup and Joaquin Phoenix). It’s a sultry, angry, melodramatic story with a sweet romance running through it. “Excess Baggage” is a crime comedy about a spoilt, lonely rich girl who fakes her own kidnapping in order to win her father’s attention. Then, she was mistakenly kidnapped by a car thief, with whom she inevitably falls in love. In the film, Alicia Silverstone starred alongside Benicio del Toro and Christopher Walken. It was a lot of fun at this time. Even at the time of its release, “All I Wanna Do”, aka “The Hairy Bird in Australia and Strike!” in Canada and the UK, was underappreciated due to its jumbled and confusing distribution. But for those who have seen it, it is a beloved classic about a group of 1960s girls who fight to save their school from becoming co-ed. It stars almost all the girls you wanted to be in the ’90s: Kirsten Dunst, Gaby Hoffman, Rachael Leigh Cook, Monica Keena, Heather Matarazzo, and Merritt Wever, with Vincent Kartheiser, Matthew Lawrence, and Lynn Redgrave.

A young Scarlett Johansson stars as Grace, a teenager who gets involved in an accident while horseback riding with her best friend. Grace and her horse are seriously hurt, but her best friend and her friend’s horse are dead. Grace’s mother (Kristin Scott Thomas) takes her and her horse to a horse whisperer for healing. “The Horse Whisperer” is a good movie, but it doesn’t seem to get as much attention as other tearjerkers like “Beaches” or “The Notebook”. “Disturbing Behavior” is a psychological horror film starring James Marsden, Katie Holmes, and Nick Stahl. The story revolves around a group of high school outcasts who find that their seemingly perfect “Blue Ribbon” peers are actually participants in a complex mind-control experiment. In response to disappointing test screenings, MGM required extensive studio-mandated cuts prior to its theatrical release.