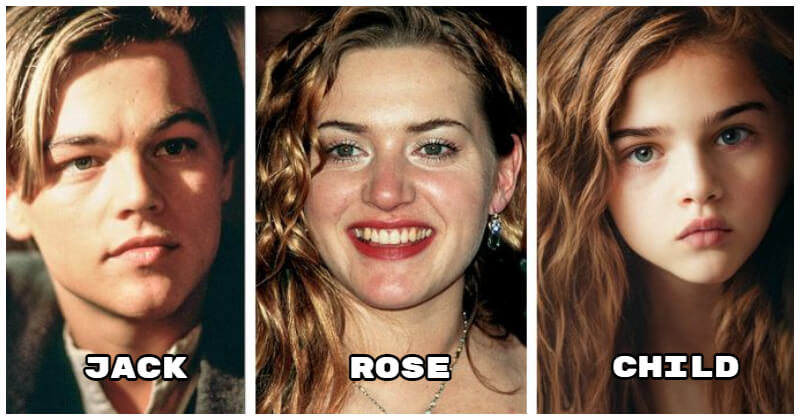 The emotional fallout from a renowned on-screen pair might permanently affect your expectations of future relationships. From unachievable standards to unrealistic vows of love, Hollywood never ceases to amaze us. And it’s easy to feel let down when reality sets in.

Of course, this does not imply that all of our favorite fictional pairings are unrealistic; in fact, many are quite down to earth. Furthermore, there are many fictional relationships that have endured the test of time, all the while keeping us emotionally immersed in their ups and downs, often leading to a gut-wrenching cry-fest.

But have you ever imagined what your favorite fictional couple’s children will look like? What if Jack didn’t die and he and Rose had a daughter? What if Friends lasted indefinitely until we watched Ross and Rachel’s child grow up?

Now, we no longer have to speculate about these scenarios thanks to the amazing capability of technology. Deepfake AI technology allows us to merge two people’s face traits, resulting in a genetic mix of the two. And we must admit, these fictional children appear really genuine.

Check out the images below and let your mind run wild with possibilities.

#1 Edward and Vivian in Pretty Woman #2 Jack and Rose in Titanic

#3 Ron and Hermione in Harry Potter

#4 Rachel and Ross in Friends #5 Johnny and Baby in Dirty Dancing #7 Allie and Noah in The Notebook #8 Sheldon and Amy in The Big Bang Theory #9 William Turner and Elizabeth Swann in Pirates of the Caribbean #11 Miles and Marilyn in Intolerable Cruelty #15 Jon Snow and Daenerys Targaryen in Game of Thrones #16 Dominic and Letty in Fast and Furious