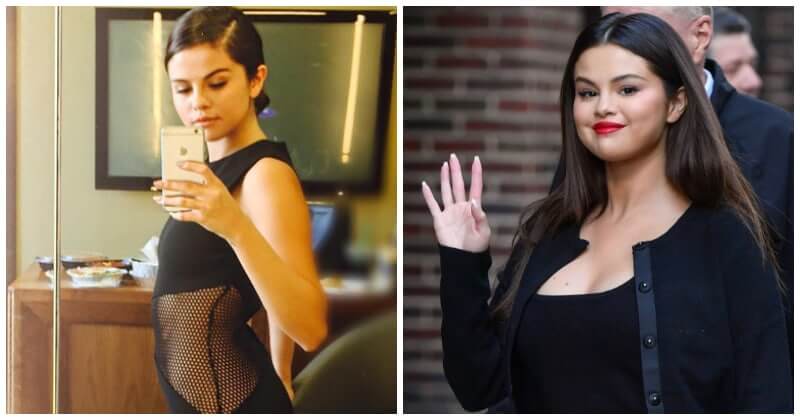 Selena Gomez has moved on from the most difficult period of her life. In 2013, she canceled halfway her tour due to a health condition. Several years later, she suffered from several diseases that made her run down. Because her disease and treatments changed her body shape. People worry about the changes in their appearance, and Selena is no exception.

Selena Gomez is one of the most-followed stars on Instagram with 290M fans. Therefore, social media has put her under huge pressure which leads her to a mental crisis. She felt terrible when seeing negative comments on Instagram and need time to recover. Selena struggled with the fan’s expectations for a long time. Anyway, she has learned how to love herself and successfully went through the hardest time of her life. Now, Selena deeply understands that she is perfect in the way she is.

Today, we will look back at her journey and see how she embraces her body shape now. Selena Gomez who released a new album named The Revival in 2015 appeared with an unfamiliar look on the album cover. After that, she received so much criticism and needed therapy to deal with her mental well-being. Her health and appearance were impacted by lupus and kidney transplant. She was being fat-shaming at that time.

“That’s when I was like, “I’m so tired of feeling like I’m being pulled down by something.”, Selena said.

It was such a terrible time that she decided to run away from the criticism and moved to Mexico for a long time. She was afraid of anything coming from social media.

In April 2020, she was diagnosed with bipolar disorder which lead her to the darkest time of her life. “I fluctuate in my weight a lot”, she said in her interview with Cosmopolitan in 2020. She struggled with the thick skin due to the disease’s treatment. However, she has learned how to balance her and others’ expectations.

“I am happier, I am more present, I connect more with people.” After years of struggling, Selena revealed how scary social media was. Not having many options, she stayed away from the internet, focused on her therapy, and relaxed. She then came up with the idea of helping people facing mental health problems. She found Wondermind, which aims to help people access to mental health resources and support what they needs. Selena Gomez is a big fan of fast food and she doesn’t care what haters say anymore. She often goes to Jack in the Box and once brought home 4 tacos, 3 egg rolls, onion rings, and a spicy sandwich… But she doesn’t care about her weight.

Selena’s advice to her fans is to filter what they get exposed to. Selena asked her fan to remove themselves from filters and unrealistic image standards. She embraced natural beauty. We also need to pay more attention to our life and define who we are.

How do you deal with the beauty standards today? Do you love the way Selena did? Let’s comment on your opinion in the comment section below!