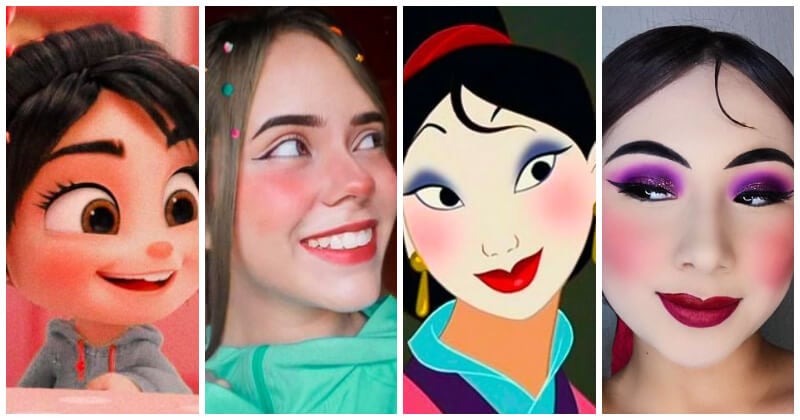 Disney princesses have been around for ages now, and it’s amazing how they’re still as popular as ever! These iconic characters don’t just appeal to kids anymore. They’re extremely adored among young adults and twenty-somethings, too.

Each princess has a different plotline, but a common thing between them is they are all portrayed with the same standard beauty. From “Cinderella” to “Frozen”, these unrealistic beauty standards are evident as our princesses all have childlike faces, tennis ball eyes, and V-shaped chin. And it’s no wonder that today’s young girls and women have gone crazy over that beauty. They transform into Disney princesses with beautiful costumes and classic princess-style makeup. In particular, they perfectly imitate their mannerisms and vivid expressions. Amazing!

Here are 11 real-life versions of Disney princesses that are considered the most beautiful and accurate. Scroll down to see how they put on their makeup and liven up their expressions. #4 Ariel from The Little Mermaid #6 Prince Eric from The Little Mermaid