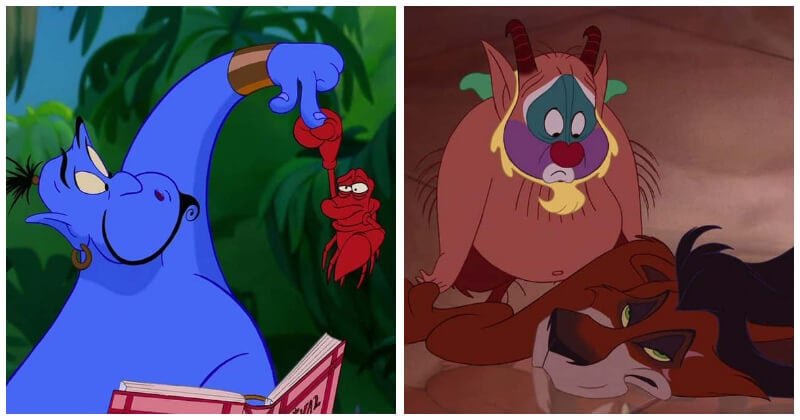 The Disney universe is incredible, and not only is there a belief that all Pixar films are set in the same universe, but Disney characters often seem to be in the backgrounds of other characters’ universes.

If you’re a passionate Disney fan, you’ll immediately realize that Disney creators frequently hide items in their movies, such as characters, Easter Eggs, and even cameos from other scenes!

Rapunzel and Flynn from Tangled, for example, attended Elsa’s crowning in Arendelle, or King and the Grand Duke from Cinderella showed up at The Little Mermaid’s wedding ceremony. While King Triton swims into his land, we’re not exactly sure how Mickey, Goofy, and Donald will be able to breathe underwater. Nonetheless, they can be found in The Little Mermaid’s crowd if you look closely enough.

In today’s list, we have pointed out 26 Disney moments that include hidden characters from some other Disney films. Did you notice any of these below the first time? Just scrolling down to find out!

#1 Rapunzel And Eugene In ‘Frozen’ #8 Dumbo In ‘The Great Mouse Detective’ Source: A Year in Disney Movies

#9 Bill the Lizard In ‘The Great Mouse Detective’ #11 Goofy, Mickey, And Donald In ‘The Little Mermaid’ #12 The King And Grand Duke In ‘The Little Mermaid’ #14 The Magic Carpet In ‘The Princess and the Frog’ #15 Genie’s Lamp In ‘The Princess and the Frog’ #16 Lady And Tramp In ‘One Hundred And One Dalmatians’ #23 Tinkerbell In ‘The Black Cauldron’ 15 Celebrity Marriages That Only Lasted Less Than A Year