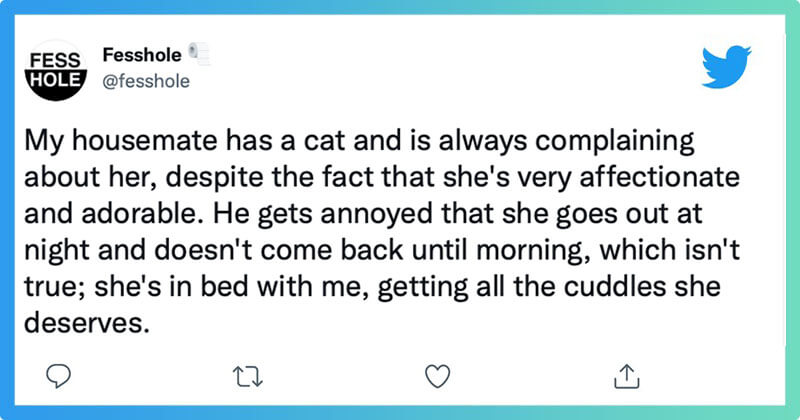 When you buy a cat, it’s not you but the cat that will decide whether it accepts you or not. Cats give most of their affection and sweetness to the person they want to be with. Therefore, it is advised that owners spend as much time as possible with their pets so they don’t feel lonely and seek comfort from someone else.

Imagine this! If you woke up in the morning and saw your cat give all the cuddles and affection to your roommate instead of you, what would you feel? Don’t be afraid to confess your jealousy! That’s normal human feelings.

But, how can we know that? Well, because the roommate, user @fesshole, told us on Twitter. In his post, he shared that the cat that wasn’t his has been sleeping with him every night giving him sweet cuddles instead of her owner.

The Tweet became the center of the Internet right after it was shared. People loved this cat’s cute behavior, and their comments were hilarious. Scroll down to see the replies.