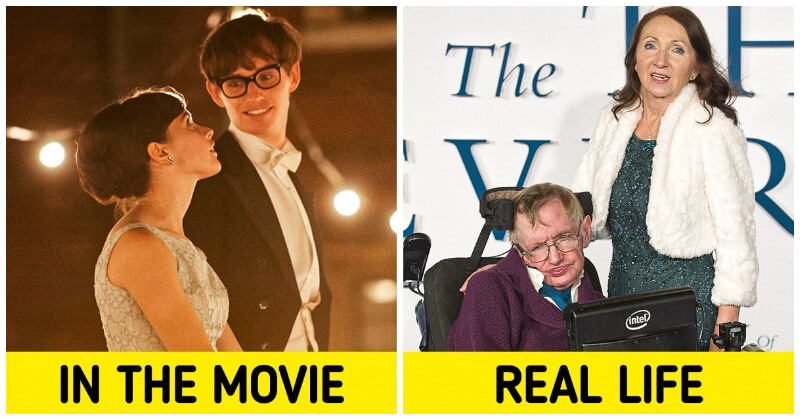 Love is a powerful emotion and hard to define or understand. It is written in songs and movies and is never out of fashion. Throughout film history, so many romantic stories have dazzled the audiences who know that most romantic movies seem too outlandish to be true.

In fact, some movies are inspired by real-life stories. The story of Stephen Hawking is a good example. The world-leading theoretical physicist and his wife inspired the playwright Anthony McCarten to bring their romance to the screen. And, “The Theory of Everything” was released in 2014 and immediately recognized by the audiences.

Scroll down the list below to find the most impressive love story which was adapted into a film. Emily Blunt starred the 18-year-old queen of England in “The Young Victory”. Queen Vitoria is a passionate girl in her first love with Prince Albert (Rupert Friend). At age 20, the Queen got married to the Prince. We couldn’t know how much they loved each other. After Prince Albert passed away, she was said to wear black dresses only for the rest of her life.

#2 The Theory of Everything The Oscar-nominated film was based on Stephen Hawking’s autobiography. Although he was diagnosed with ALS, causing his loss of mobility and two years left to live, Stephen and his ex-wife Jane decided to get married. They faced the challenges of living with the debilitating disease. Rachel McAdam and Channing Tatum starred in the 2012 romantic drama film The Vow. It was inspired by the real accident of Kim and Krickitt Carpenter. The car crash made Krickitt lose her memories. Although some details in the movie were changed, the story inspired us with the true love of Kim for Krickitt. He tried to make Krickitt fall in love with him again when Krickkitt came back to her ex-boyfriend.

Sadly, real love doesn’t lead to happily ever after. Their 25-year marriage ended 6 years after the film premiered.

“Grace of Monaco” was the most famous romances of the 20th century. The movie tells the love story of former Grace Kelly (Nicole Kidman) and Prince Rainier of Monaco (Tim Roth). They met each other when Grace was filming on the French Riviera and got married in 1956. She claimed to love the man whoever he was. She refused to come back to Hollywood and spent time with her happy family in Monaco. McAdams and Ryan Gosling starred in “The Notebook” which is based on a novel by Nicholas Sparks. The film tells the real story of the grandparents of the author’s wife who spent their whole life together. This movie immediately won recognization after premiering.