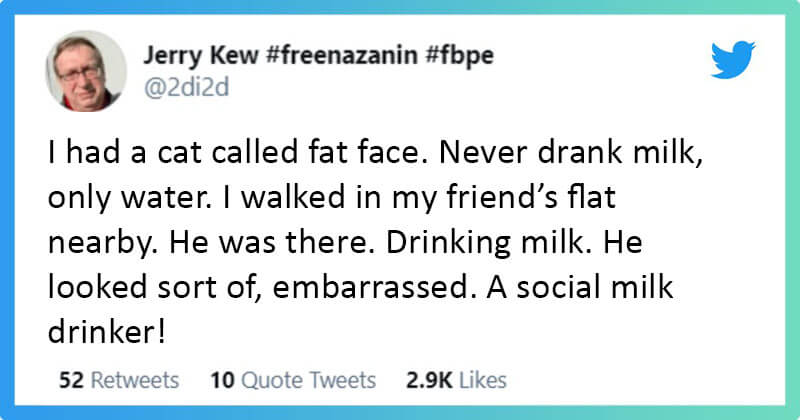 If you’ve ever raised cats, you’ll know that they are cute but unpredictable animals. In a moment, you think that you know what your cat is going to do, but in the next second, they do the opposite. Sometimes, you can’t explain their weird behaviors, such as sleeping in the most unexpected places, sneaking into the neighbor’s house, or going missing for a while and suddenly appearing at your home again. However, those things are understandable because cats often think in their own logic and act in the way they like.

These felines are also real adventurers. Nothing can stop them from discovering things in the area they live. A Twitter user has recently shared a hilarious story of her cat that brought a lot of laughter to everyone. The user shared that her cat was missing, but when she was looking for it, she found it chilling on a chair in her neighbor’s house. The story started a thread on Twitter as many people came forward to share the funniest stories of their cats being found in the most unexpected places. #7 He looked surprised though 20 Cute Animals Who Thought They Were Spies And Secret Agents