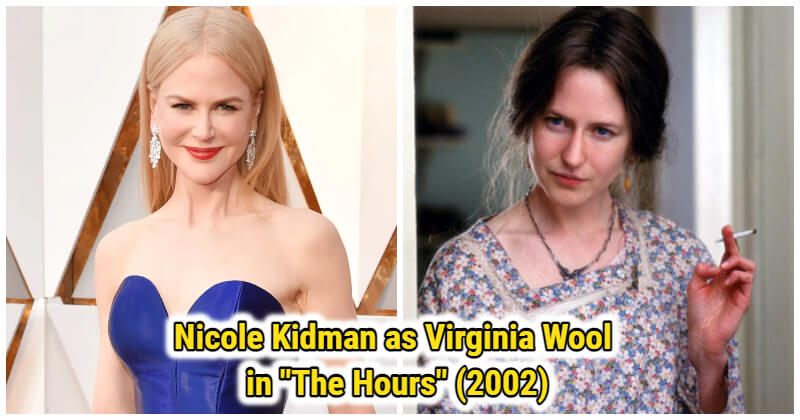 Makeups have come a long way in cinema. No, really, think of the zombies from the horror classic Night of the Walking Dead, and compare that to the latest installment of Resident Evil. See the difference?

In movie-making, makeups play a crucial part. It brings ideas from movie-makers minds to life, no matter how silly or scary it is. To moviegoers, makeups help them render the character’s personality from fiction into reality. Without makeup, a lot of genres are going to struggle with authenticity.

I mean, it is so important, that makeup has transcended into an art form. There are movie awards dedicated to the best makeup, even! It is surprising how wigs, makeup, and prosthetics can alter a person’s look.

Sometimes, by wearing makeup, an actor might look like a totally different person. Even a different species! In fact, these 18 actors will prove how makeup can make them look nothing like their on-screen selves. Cersei might have a golden, flowing mane for hair, but not Lena. Even the short blonde crop is nothing like the brunette’s actual punk-looking hair. Paloma might be classic emo in St Trinian’s, but redhead’s style and look are quite vintage in real life. Dear Robbie is nothing like the well-groomed, marble-skin vampire he plays in Twilight. Imagine the shattering hearts of teenage girls when they see Robert’s actual unkempt eyebrows. Betty Suarez is a quirky nerd who works for a fashion magazine, so double the awkwardness. America Ferrera isn’t in fact, she looks stunning without all her Betty’s makeup. Cillian is the proof that undercuts and threads can transform your average bloke into one of the smoldering hot guys. Long-time movie geeks will know instantly that Tilda Swinton looks nothing like Dianna. The actress prefers a shorter, sleeker hairstyle. Some of us thought Emilia was really a blonde, but in real life, she had dark hair and a lot more modern style. But she rocks both, doesn’t she? Daya might look like a haggard jailbird with a messy afro, but Dascha actually quite adventurous with her look. The unicorn dye job rocks! The tight outfits and blunt black bob might make her look like a badass housewife, but Ruth Jones’ style is much tamer in real life. The nerdy-but-awkwardly-sterned Dwight looks nothing like Rainn Wilson. In fact, Rainn looks like a very approachable average Joe. We don’t blame you for not recognizing this one. Bryan Cranston looks like your neighborhood soccer dad and looks nothing like the drug lord bald-headed Walter White. Sister Michael is a hard-ass looking dark-hair nun, which is contrary to the sunshine platinum-bomshell Siobhán. The real, no-nonsense Janis has a signature early-noughties alternative look. So imagine the surprise when we find out Lizzie Caplan’s true glamour. From a classy blonde Hollywood star to a mundane brunette countrywoman, Nicole Kidman is unrecognizable in The Hours as Virginia Woolf. Even when he comes out, high school jock Troy still looks like a regular jock. Donald Glover, however, is ten times more fabulous. Out of her drab dresses and updo, Phyllis Logan looks nothing like Mrs. Hughes the housekeeper. In fact, she looks like she has several doing house chores for her.