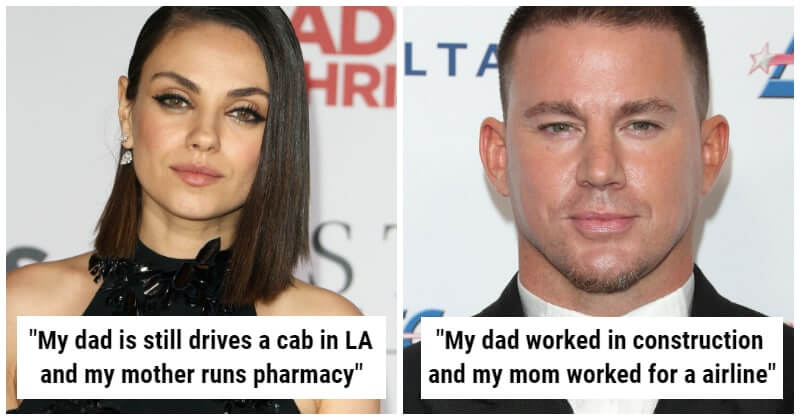 Being a son or daughter of celebrities is somehow a privilege. Their parents might give them talent, wealth, and fame. Jaden Smith, for instance, is the brilliant son of Will Smith. At age 7, Jaden made his acting debut when starring alongside his father in “The Pursuit of Happiness” in 2006. Honestly, not many people have parents’ support when they start their careers. Some actors started their careers from nothing. Their parents’ career is far from acting or any jobs related to the cinema field. Then, our actors deal with their different challenges. Some celebrities come from small towns and struggled to find a chance in Hollywood for a long time. Some started out their careers with small roles in movies. And their careers have blossomed in the following years. In the end, they show us that talent and hard work will make your dream come true, no matter where you come from.

Today, we have compiled a list of actors and actresses who started from zero to the hero. Richard Madden comes from a small town in Scotland. His father was a firefighter and his mother was a housewife. Richard found his acting when he joined a class to help him overcome his shyness. He booked his first roles on TV shows but it attracted bullies at school, and he took a break. He came back at age 16 and his Hollywood career blossomed soon. Sadly, Adam Driver’s parents got divorced when he was 7. His mother was a paralegal. And he found so many difficulties in his acting career. He tried to find his chance in LA but it didn’t work out. He was disappointed and joined the US Marine Corps. After that, he went back to Indiana to enter college. But he couldn’t stop thinking of acting and decided to audition for Juilliard. And the rest of his story is history. Channing Tatum grew up in a small town, Cullman, Alabama, 50 miles north of Birmingham. His dad worked in construction, and his mom worked for an airline. He got a football scholarship to college but he refused it and movie to Miami where his acting career started. Dev Patel’s dad is an IT consultant and his mom is a healthcare worker. He showed his talents in martial arts classes when he was a boy. Her mom encouraged him to apply for casting on a TV show named Skins. And here was his career beginning. Jodie’s father worked for a local football club. Jodie determined to be an actor when she was a child. She took part in small roles on TV in England before starring in “Killing Eve”. And, it is interesting that Jodie says she still lives with her parents in Liverpool and never wants to move. Jessica’s mom and dad’s careers are far from the cinema industry. Her mother is a vegan chef and her stepfather is a fireman. She came from Sacramento, California where showed her acting talents in small roles in school plays. Then, she was offered a scholarship to an acting program. After graduating, she started her career in small roles on TV. It took a long time for Jessica to gain success. Anna Kendrick’s dad was a history teacher and his mom worked as an accountant. Her parents encouraged her to be an actor. She started her career in High Society when she was 12. Michael B. Jordan’s father was a caterer while his mother served as a career counselor in a high school and was also an artist. He was a model as a child but interested in acting. He auditioned for some small roles but didn’t immediately get a job. But his luck changed later and he booked his first role. Taron Egerton’s father ran a bed-and-breakfast near Liverpool and his mother was a social worker. They got divorced and Taron moved to Wales with his mother. He had no connection with the cinema field until he auditioned for London’s prestigious Royal Academy of Dramatic Arts. Mila was born on August 14, 1983, in Ukraina. Her family settled down in the US when she was 7. Her parents don’t work in the cinema field. The dad who used to be a mechanical engineer now drives a cab in LA. And the mom, who was a physics teacher, now runs a pharmacy. Simu Liu moved to Canada with his parents when he was 5. Liu’s parents, who both became aerospace engineers when they settled down in Canada, took a while to accept their son’s choice to become an actor. Liu studied accounting at university and was working in the finance field. He had to prove his talents to get his parents’ support. Sadly, Awkwafina lost her Korean mother when she was just 4 years old. Her Chinese father raised her alone and they later moved to Queens, N.Y. She made the Youtube video on her 2hth birthday and it became viral. Her career started from then.

Will Shazam Have A Sequel? Black Adam’s Greatest Rival In DC Comics