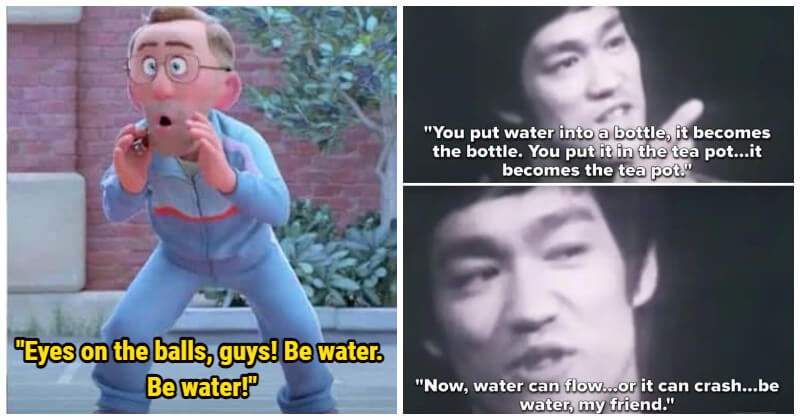 Turning Red is Disney’s latest hit. The movie sheds a hearty light on mother-and-daughter relationships. Let’s be honest: who doesn’t see themselves and their mother through the Lee family?

Turning Red teaches respect, understanding, and acceptance of all labels, all while boasting an extremely catchy soundtrack. The movie follows Disney’s latest winning formula: compelling stories that pay homage to beautiful cultures. In Turning Red, the overseas Chinese communities are faithfully and beautifully represented on the silver screen.

And to make the movie even more relatable, the writers plan lots of Easter eggs throughout the movie. Easter eggs that are from real life that is. No matter who you relate to more, both mothers and daughters will find something that makes them snicker in the theater.

But do you get them all? If you don’t, no worry! Here we have 20 Easter eggs from Turning Red that breathe life into the movie. When Mei, Miriam, Priya, and Abby encounter Carter Murphy-Mayhew in the school corridor — and Mei can’t stop gazing — he’s wearing an “Escápula” tee. This is a reference to a punk rock band that appeared briefly in Coco during the battle of the bands.

#2 Priya’s reading a very familiar book about the undead Priya is reading Nightfall by Roberta Moyer when we first see her. If that sounds familiar, that is because it is an allusion to Stephenie Meyer’s famous book – Twilight.

#3 That secret promotion for Pixar’s next release Two stickers on the bottom of Miriam’s skateboard are Sox, Buzz’s cat robot, and the blue Star Command insignia. This hinted to Pixar’s upcoming movie Lightyear, continuing the Pixar tradition of leaving Easter eggs for their next release. Priya and Mei’s handshake in the corridor is a call back to Will and Jazz’s classic handshake from The Fresh Prince of Bel-Air. A Carlton the Bear plush animal may be found on the shelf behind Mei’s arithmetic instructor. The Toronto Maple Leafs hockey team’s mascot is Carlton. If you look very closely, you may see the iconic Luxo Ball, which was initially featured in Toy Story and has since appeared in a lot of Pixar films.

#7 The bunny sticker on her notebook A brown bunny can be seen on the notebook Mei tries to hide from her mother. This is a reference to the 2020 Pixar short Burrow, which is about a young rabbit attempting to create the burrow of her dreams.

#8 The unluckiest number in Chinese When Mei’s family notices the fours in the sky for the 4*Town performance, her grandma remarks that four is the worst number. Four is considered a bad number in Chinese numerology due to the way it is spoken. The only difference between “four” and “death” is in tone. A charming keychain-version of Purl, the main character from the 2018 Pixar short film Purl hangs next to Mei’s Tamagotchi on Mei’s desk. Also, Tamagotchi. Jin informs Mei that the next red moon will be on “the 25th,” at which point she will be able to expel the red panda. Turning Red is Pixar’s 25th animated feature picture, the first of which being Toy Story in 1995. During a game of dodgeball, Mei’s math/gym instructor instructs the children to “be water,” a reference to the famous Bruce Lee water quotations. Ming arranges Mei’s oatmeal breakfast to resemble a happy face, comparable to a scene in Mulan in which Mushu arranges Mulan’s breakfast in the same manner. A Nemo from Finding Nemo sticker can be seen on one of the restroom stall doors, just near Abby’s head. When Red Panda Mei is sprinting around Toronto, you can see her hands in the air anytime she gets frightened or terrified. This is based on what genuine red pandas do when they are scared. When Miriam, Abby, and Priya first learn that Mei is a red panda, Abby’s response appears to be a reference to the classic fluffy line from Despicable Me. Mei may be seen speeding by the famed Pizza Planet truck, which initially featured in Toy Story and has been concealed in every Pixar film since. Several notable Toronto landmarks can be seen throughout Turning Red, but one of the most prominent is the CN Tower, which is brilliantly depicted as Red Panda Mei, Miriam, Abby, and Priya celebrate having enough money for the 4*Town tickets while on Tyler’s roof. The clothes worn by 4*Town for their show are comparable to the attire worn by the Backstreet Boys in their 1999 music video “I Want It That Way.” Mei has a very special sticker that reads “This girl loves math.” Coincidentally, the first piece of homework we see her working on in the film is her Algebra I homework. She later receives an A+ on her arithmetic assignment.