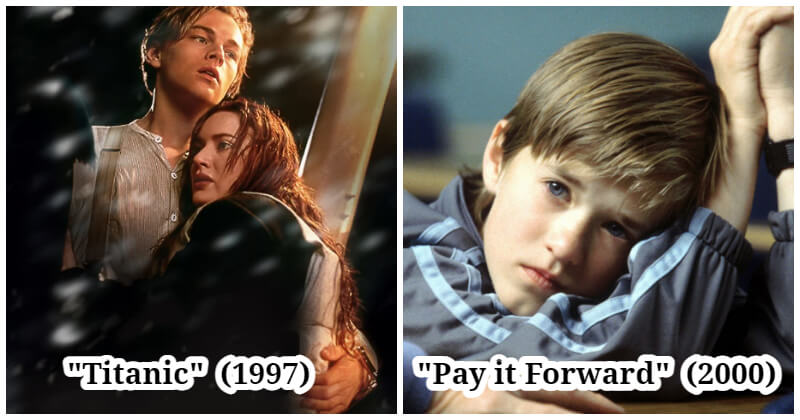 A lot of times, we riot against bad movie endings. Even with perfect acting, a good script, and high production values, they can ruin good movies. C’mon, how many times have we heard movie endings having to be reshot? The audience just absolutely loathes the original ending. Or the studios, sometimes.

The truth is, when the audience hates an ending of a movie with a passion, they have pretty good reasons for it. Those horrible movie endings make cinematic history as the worst endings out there.

It’s hard to pick out movies with the worst ending – that is completely subjective! Maybe the endings are just too out there for our mundane minds. Heck, maybe they will even gain a cult following in the future. But as of right now, here are 30 movie endings that are so bad they are beyond redemption. Yikes, this one is an endless debate. Remember how, after escaping rapidly flooding lower decks, dodging bullets, and holding on to a ship that breaks in half, Jack died in freezing water. Uh, Rose, that board could kind of hold two people, if you take turns. Or you two could just find another debris for him to float on. Regardless, Titanic is a tragic love story, so Jack has to die. You are going to see M. Night Shyamalan’s name a lot. With a penchant for making plot twists with great payoffs, Shyamalan’s Sign looks very promising. A farmer family trying to make sense and hold off an alien invasion, c’mon, it sounds good! Until the end when we are shown water is lethal to them. It covers 70% of our planet and is in the atmosphere. Why would the alien come to such a deadly planet? Ashton Kutcher plays the protagonist with the power to time-travel, and keep going back to the past to fix his one big mistake. Instead of watching the Chaos Theory keep unfolding with permanent consequences, everything is easily fixed in the end. Boring! If you want actual consequences, go for the director’s cut. Heist movies can easily go wrong – because the elaborate schemes aren’t always convincing. In ‘Now You See Me’, it was the big reveal how the FBI guy (Mark Ruffalo) is the mastermind in the end. There was no indication to it; the reveal just pops out of nowhere. Even the movie was not following this reveal, and had to use exposition to explain things. OK, even masterpieces have flaws. The movie climax sees Bruce Wayne, played by the talented Christina Bale, sacrificing himself to save Gotham. He flies a nuclear bomb to the sea, with a gaping stab wound on his side. But in the end, he magically shows up, with Selina Kyle, perfectly healthy and well. I don’t think the “Because he’s Batman” explanation is going to cut it.

#6 Indiana Jones and the Kingdom of the Crystal Skull (2008) Oh, this one hurts. The fourth Indiana Jones movie is decent, with lots of callbacks to the first three. Well, except when they bring in aliens as the big reveal of the movie. Yes, Jones returns the crystal skull – the alien head – and witnesses a Mayan temple transform into a flying saucer that zips away. Yes, it’s aliens in an Indiana Jones movie. Another of M. Night Shyamalan’s failed big plot twists. The Village is set in a 19th-century village where deadly monsters supposedly kills anyone who ventures into the forest. And then we learn in the end that the village is a stone’s throw away from modern civilization. Erm, excuse me, so no one ever sees a plane flying over them? Not the best depiction of mental illness in cinema, ‘The Number 23’ also is guilty of having one of the worst endings for a thriller. The big reveal for the mysterious killer: it’s Walter. He wrote the book as a confession, attempted suicide, and ended up with amnesia, which leads to the opening of the film. Kinda a waste of all the build-ups to how evil the number 23 is, isn’t it? The eco-political horror movie is a snooze. Even the ending; there’s no big payoff here. Shyamalan reveals his plot twist at the beginning: trees are killing people. With pheromones. In the winds. That’s it. Move along, folks. “Salt” is a good action movie. Except for its ending. Because no one can vouch for her after she saves the President and puts a stop to the nuclear weapons, Salt is forced to flee the CIA. Wait, hold on, was the President whom she saved too busy that day he can’t do anything? “Law Abiding Citizen” is actually quite good! The kills, the plans, the gores, all are perfect. Minus the ending. Apparently, the genius and world-class assassin who plan everything ten steps ahead can’t foresee people swapping his conspicuous bomb briefcase and putting it under his bed. Yeah, right… The blockbuster is very ambitious: An alien invasion and its subsequent fallout. So why is the ending bad? Because just like Sign, the aliens were killed of by a deus ex machina: bacteria. We don’t even get to see how they die, the movie just told us the invasion was over and that’s that. For a movie that highlights the message “pay it forwards” can save the world, ending it with how doing the exact thing that gets the main protagonist killed is just manipulative and cruel. Director Mimi Leder is sending a very mixed message here, no? Oh, to further hammer in the nail: the protagonist is also a child. In Tim Burton’s Planet of the Apes remake, Mark Wahlberg plays an astronaut who has to fight through a planet of evil apes to return home after crash landing on their planet. But when he returns home, he found Earth has already been overrun by apes. Wait, how? Do the apes time travel and beat him to the Earth? ‘Passengers’ is a horror movie disguising itself as a romance. C’mon, Chris Pratt character obsesses and wakes up Jennifer Lawrence – effectively shortening her life, because she’s hot. Then she gets mad. When catastrophes happen, she forgives and grows old with him? There hasn’t been a Stockholm syndrome case so severe since Beauty and the Beast. “Pixels” is bad, that’s a given. Adam Sandler didn’t even try with this one. So pick your poison: either the protagonist stops an alien invasion and then go to a bar to celebrate, or Q*bert turns into a hot waifu and has little Q*berts with Josh Gad. To be fair, ‘The Golden Compass’ ending is built to introduce future sequels for the franchise. Except the movie never got one. So we are left with a perpetual cliffhanger. But the real crime is how the movie butchers the book’s darker vision with bubblegum ending where everybody flows away in an air balloon. We watch ‘Friday the 13th’ sequels for the kills and the gores, not for the ending. Which probably explains why they are so half-baked. Let’s just have a quick rundown: Jason ended up wailing like a young girl in Jason Takes Manhattan, despite the fact that he never seemed to experience pain previously. In Jason X, Jason burns up in the atmosphere upon reentry. And the list goes on. Even classics can have bad endings. Instead of the tragic but beautiful ending in the book, the movie gives everyone a happy ending. Hester (Moore) abandons her scarlet “A” and flees to Carolina with Dimmesdale (Gary Oldman). In the book, Dimmesdale dies in Hester’s arms, and she wears the letter until she dies years later.