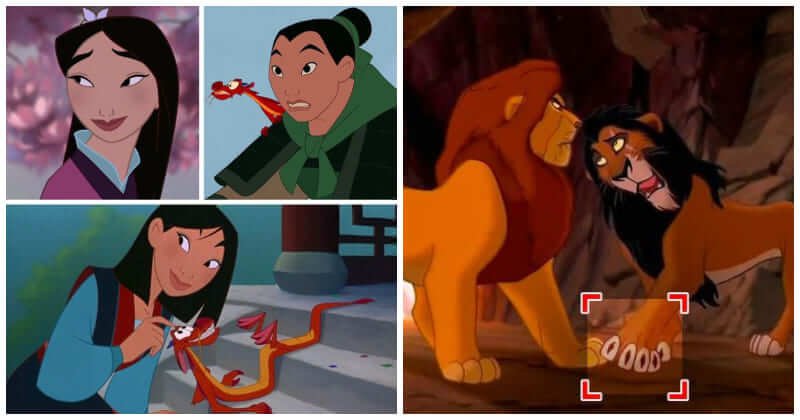 I know Easter is a long time coming, but movies are chock-full of Easter eggs at any time of year. For many years, filmmakers have been sneaking Easter eggs into their films.

Easter eggs are also known as little details or secrets that are carefully hidden by filmmakers. Typically, these secrets are relatively small, but they do serve an important purpose. They create a special bond between filmmakers and the audience, or in some cases, show the dedication and ingenuity of the creators with each piece they create. Film-making, believe it or not, can get pretty tedious at times, especially when you have to spend hour upon hour with something like animation or set design. So what makes these movies so interesting? Pixar movies, for example, take three years or even longer to make. And Pixar has also reaped a particularly good harvest with its animated films. So, discovering all the interesting hidden details in a movie is not limited to how many times you watch it. Besides, you also need to have certain experience and background knowledge.

The following are 15 unexpected secrets hidden in famous cartoons. You are going to get surprised after watching these. What are you waiting for? Scroll down for more detail!

#1 Scar is the only lion in The Lion King that has his claws visible in all of his scenes. This is likely due to the fact that he is always ready to fight his enemies. #2 In Leroy & Stitch (2006), you need to have a good eye for detail to spot the presence of Timon and Pumbaa in the background. #3 Mulan’s eyelashes change dynamically in stages: when she’s female, when she’s pretending to be a man, and when she’s discovered to be a woman. #4 In Monsters, Inc., there is a scene where Sully and Mike stand at Hidden City Café. This is a nod to a genuine cafe in Richmond, California. The idea of A Bug’s Life, Monsters, Inc., Finding Nemo, and WALLE were all discussed there in 1994 by a group of notable Pixar filmmakers. #5 In Zootopia, chief Bogo puts on glasses to read the paper. It is not merely a fantasy. In fact, buffalos (which is what Bogo is) have poor eyesight. This is why the creators decided that the glasses would make the scene more believable. #6 In Shrek the third (2007), Little Red Riding Hood is seen in the poisoned apple, having sided with the villains. This only makes sense, as the big bad wolf has sided with Shrek. #7 In Monsters University, you can see a poster with the inspiring words, “winds of change.” Randall must have taken the mantra to heart, because in Monsters, Inc., he tells Sully, “Do you hear that? It’s the winds of change! #8 An inscription may be seen on Victoria’s piano in Corpse Bride. “Harryhausen,” it says. It’s a tribute to Ray Harryhausen, the legendary artist. #9 In Monsters, Inc. (2001), the numbers 510:732:3000 appear on the control panel at the end of the training simulation, which was the main phone number for Pixar Animation Studios at the time the film was released. #10 When Genie discusses taking Aladdin’s order in the song “Friend Like Me,” Disney animators had Genie write “turkey pilaf” in Persian to reflect the Middle Eastern setting. #11 When Hans confronts Elsa in the jail in Frozen (2013), you can see the condensation of his breath. There is no condensation on Elsa’s breathing. #12 In Coraline (2009), the other father is wearing “Monkeybone” slippers. Monkeybone is a 2001 comedy film directed by Henry Selnick, who also directed Coraline.

#13 Eric confuses the dark-haired version of Ursula with Princess Ariel, the woman who saved him. This is because when Ariel saves Eric from drowning and sings to him, she is backlit, causing her hair to appear a dark brown/black. #14 In Ratatouille (2007), a few cans of Nemo brand caviar are kept in Gusteau’s pantry. This is definitely a nod to Pixar’s Finding Nemo.

#15 During the “Once upon a December” scene in Anastasia (1997), you can see a young boy somewhat limping while walking with the other family members. This could be the young heir to the throne, Alexei (who in reality was Anastasia’s younger brother), who was born with hemophilia, causing the limp.