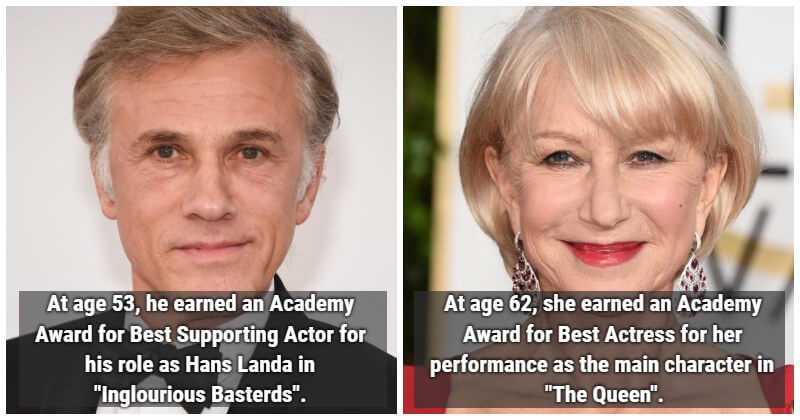 It’s common for us to see how people in their teens or 20s, even 30s, explode into superstardom overnight. Yet, we don’t often hear about people who reach their dreams in their 50s.

No, like really, when was the last time you heard about someone reaching their dream in the 50s?

Here’s the thing: older people have a lesser chance to reach their dream. Especially for actors. The cards are stacked against them, with ageism running rampage in Hollywood. Let’s be honest, how many elder people are playing the leads in the next blockbusters.

There’s a reason why people who earn their success later in life are such inspirational stories. While they are not as young, they are still hungry. Thanks to their age, these celebrities are ripened with experience.

Well, if you are feeling down and need a boost in inspiration, here are 8 people who reach their dream in the 50s to lighten up your day. Despite having appeared in a variety of films throughout the years, Jane Lynch’s breakout role came in the sensational musical TV series Glee. She played cheerleading coach Sue Sylvester and won an Emmy for Outstanding Supporting Actress in a Comedy Series for this role when she was 50 years old. When she turned 50, the British chef and designer joined the main cast of The Real Housewives of Beverly Hills. She stayed on the program for 9 years before moving on to star in her own spin-offs Vanderpump Rules and Vanderpump Dogs. The now-79-year-old began her career in the showbiz as a receptionist and then as a producer in the early 1980s. She later chose, at the age of 40, to follow her ambition of becoming a stand-up comedian. Her actual big break came in 1997, at the age of 54, when she was hired as one of the anchors of the daytime talk show The View. The late actress, who began performing in the 1940s, had one of the longest careers in Hollywood. She sprang to fame in 1973, when she was cast as Sue Ann Nivens on The Mary Tyler Moore Show. She landed the post at the age of 51 and held it for four years. Dame Helen Mirren had been a well-known actress in the United Kingdom for many years. However, she became well-known decades later when, at the age of 50, she garnered an Academy Award nomination for Best Supporting Actress for her work in The Madness of King George. Her fame has only grown since then, and at the age of 62, she earned an Academy Award for Best Actress for her performance as the main character in The Queen. In his early twenties, the Austrian and German actor began performing. But it wasn’t until he was 53 years old, 30 years later, that he received his breakout part as Hans Landa in Quentin Tarantino’s Inglourious Basterds. This portrayal earned him an Academy Award for Best Supporting Actor in 2010, and since then, Waltz has been in a number of critically praised films, including Django Unchained and Spectre. John Mahoney was a theatre actor for many years before beginning to feature in TV shows and movies at the age of 42. But it was at 53 that he got his most popular part, as Martin Crane, the main character’s father in the hit comedy, Frasier. Dame Judi Dench, 87, is widely considered as one of Britain’s greatest actresses. She began her career as a theater actor before moving on to roles in cinema and television. Her most notable performance, however, came in 1995, when she was 61 years old and played “M” in the James Bond film GoldenEye. Following that, she starred in even more James Bond flicks, cementing her fame with a wider audience.