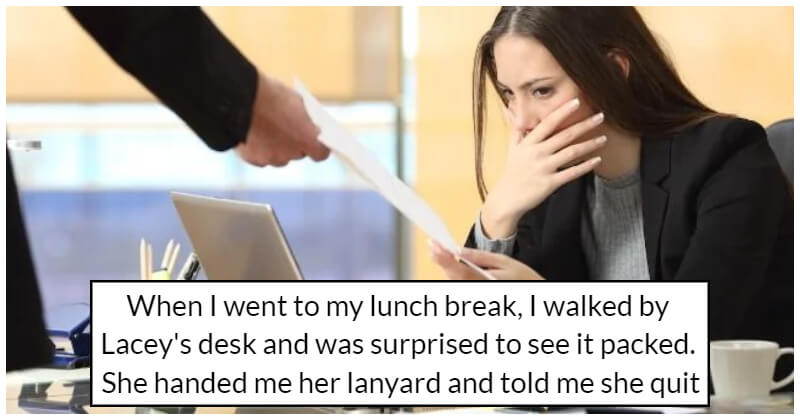 Don’t mess with people’s vacation leaves. Try asking employees about this, and we’re sure that ten out of ten will agree. Vacation time is precious. We have it for a reason. No one can work all year round without any time to refresh themselves. Even if someone tries to do that, they’ll probably go insane by all the cumulative stress from the work. Well, who wouldn’t?

And like, when employees have already requested in advance for their vacation leaves, don’t just turn it down at the last moment and say sorry. A boss, quite confused after his new hire’s quitting on the spot, turned to the Subreddit “Am I the As*hole” for advice. He didn’t approve his new hire’s vacation request, even though he had promised her. His new hire quit, and now he’s called to his boss’s office to explain the reason. #2 He promised, but then he failed to do it. Well, that sucks #3 His new hire quit on the spot. She packed all her stuff and was ready to leave in just a few hours #4 Well, that’s messed up. And he also needed to explain this to his boss. What a bad day he had #5 So, people all said that he was the AH for doing such a thing, no excuses 16 Crazy Texts From Parents Who Have Lost Their Minds

“Japanese Stuff Without Context”: 25 Hilarious Pics That Prove Japan Is So Weird

Unforgivable Crimes Against Pizza That Will Make Your Blood Boil

People Share The Most Memorable Things Their Teachers Ever Told Them