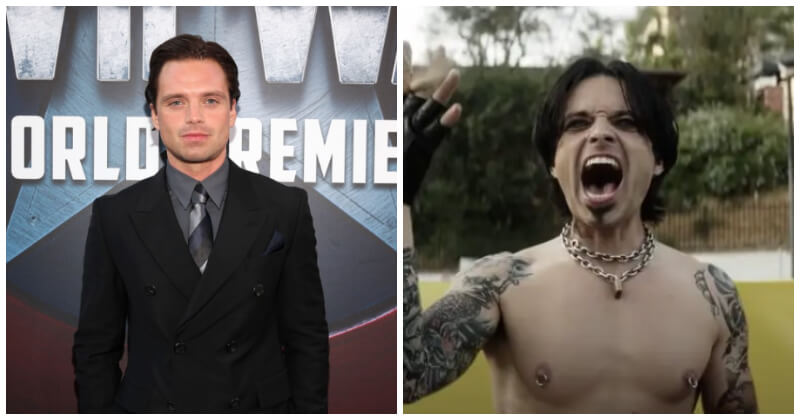 Method acting is known as a technique that performers employ to emotionally empathize with the characters they are portraying. When practicing this method, the actor becomes the character and frequently remains in the role for long periods. Many famous actors such as Heath Ledger, Joaquin Phoenix, and Jeremy Strong use method acting to fulfill their roles and leave people with a great impression.

But you know who’s not a method actor? It’s Sebastian Stan, a famous Romanian and American actor. He seemingly disappears into his roles to avoid losing himself. He’s very careful about straying from his characters. Recently, the actor spoke out against method acting, calling it “creating chaos’ and likening it to torturing others.

Scroll through to see his thought about method acting. In 2022, Sebastian played Tommy Lee in the biographical miniseries, Pam and Tommy. The movie is about the marriage between Pamela Anderson and Tommy Lee during the period their private sex tape was made public. The actor received critical acclaim for this role. For the actor, taking on the infamously hotheaded drummer was a new challenge. Before stepping into Tommy Lee, he was known for his role as Bucky Barners in Marvel Cinematic Universe.

His thoughts about method acting He said: “I don’t believe in creating chaos for the purposes of acting. And I know actors do that a lot. There’s a lot of people that do that … create sort of chaos on set or chaos in the other people they’re working with, in order to somehow give the scene this tension or whatever.” “But to me, that just reads like a very irresponsible, narcissistic, kind of self-indulgent thing.” “It just reads like: ‘I’m afraid, and I just want to torture everyone else because of it.'”