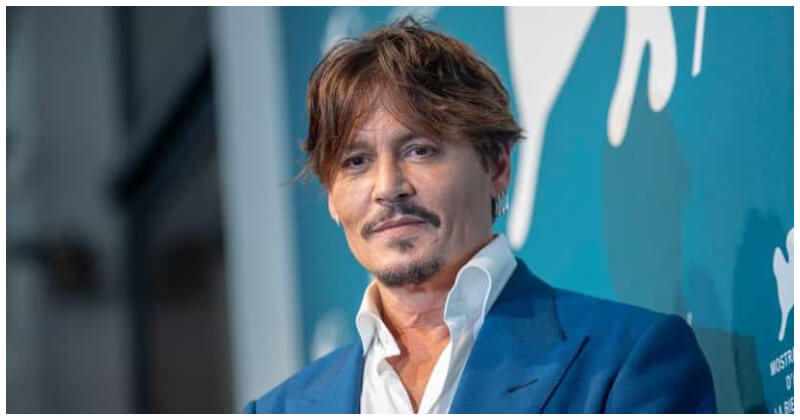 Johnny Depp is one of the most influential and popular actors of this generation, whose movies all have a very distinct and unique style. Due to his professional working attitude, he is loved and respected by many directors and actors. During the film production, he lifted the spirit of co-actors and film crew when they were worn out. Director David Yates said: “I can only tell you about the man I see everything: He’s full of decency and kindness”.

He behaves impeccably not only at work but also in real life. The Johnny Depp stories have indisputable proof and they are all amazing. For example, he paid a surprise visit to a little girl at her school when receiving her letter or made use of his free time to visit the children of Lady Cilento Hospital.

Here are the 7 greatest Jonny Depp stories ever told. Scroll down to see them. Source: Pirates of the Caribbean: On Stranger Tides

A little girl’s plea to her favorite actor Jonny Depp was to dress as Captian Jack Sparrow and came to her school.

Johnny Depp, in London filming the fourth installment of the “Pirates of the Caribbean” series, made a surprise cameo at a local elementary school to answer a letter from 9-year-old fan Beatrice Delap. When seeing him at the school, everyone was surprised and no one had any idea why he was there. He gave Beatrice a hug, joked with the whole classroom about eating lots of candy or not brushing their teeth, etc.

The actor stopped a mugging with a single look On May 2, 2010, a man holding a bottle approached Stephen Jones, a British singer, and demanded his wallet. At the time, Stephen Jone was with Jonny Depp after finishing a recording session together. The actor gazed at the mugger and told him to back off. The mugger admitted,” I ain’t stealing from Captain Jack”. He once wrecked a hotel room and his own billboard In 1994, Johnny wrecked his room at a fancy New York hotel because of an armadillo. When police arrived at the scene, there was a smashed glass coffee table and other destroyed, mangled furniture in the $1,200-a-night suite.

Another time, a security guard caught the actor vandalizing a 21 Jump Street billboard. Depp said that he didn’t agree with the message on the billboard. The billboard featured Depp holding a gun with the slogan “Other Kids Pack Lunch” underneath it. He and his buddy decided to paint over it with some brushes and rollers. Johnny Depp rode a horse when taking on the role of Ichabod Crane in Tim Burton’s Sleepy Hollow. After production, the one-eyed horse was to be destroyed. Until hearing this news, he adopted the horse, named Goldeneye, and saved him from the glue factory.

Depp was just grateful to the horse, as after filming a scene where he’s dragged behind a carriage, Depp was asked what it was like to be dragged through the woods behind a speeding carriage. “I wasn’t afraid of getting hurt, I was just afraid that the horses may relieve themselves on the journey.”

Johnny Depp bought over $62,000 in jackets for Pirates Crew Source: Pirates of the Caribbean: On Stranger Tides

On a rainy day on the set of his latest film “Pirates of the Caribbean: On Stranger Tides,” Johnny Depp reportedly spent about $64,200 on warm jackets for all 500 crew members. it’s a grand gesture and an awesome thing to do. The West Memphis three were wrongfully convicted of the murder of three eight-year-old boys found in a drainage ditch thought to be part of a Satanic ritual. Damien Echols 19 at the time, was sentenced to death. Jason Baldwin 16 and Jessie Misskelley 17, were sentenced to life in prison.

There was absolutely no physical evidence that tied the convicted three to the actual crime scene. Arkansas courts refused to give the three a retrial, but Depp continued to publicly stand with them in their cause to be tried fairly. After seeing a documentary, Depp became deeply intrigued and empathetic to the case of the three and continues to go out of his way to defend these innocent men.