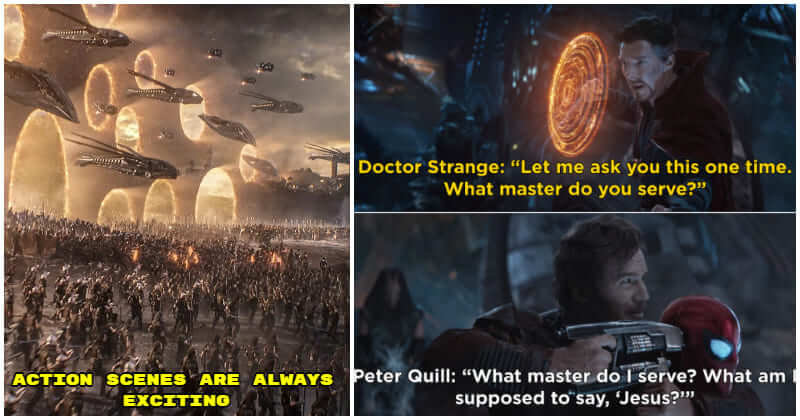 Since the first movie, Iron Man I, was released in 2008, the MCU has created nearly 30 films and gained multiple awards and positive reactions from the audience and critics. As a result, they have become the highest-grossing film series in the world, earning billions of dollars as well as helping lots of actors and actresses to have more popularity and broaden their career paths. It is undeniable that the MCU is the most successful franchise in the world in recent times.

To have this ladder of success, the MCU has to figure out how to mix all factors in the movies perfectly. From the storyline, creativity to the quality of characters, and cinematic effects, the MCU did the things that no other franchise can do. And below are eight reasons why the MCU is second to none.

1. Their Action Scenes Are Always Exciting Whether it’s a battle between two opponents or a war between beloved heroes and villains, viewers can expect dramatic battles in practically every episode of the franchise. As the forces of good and evil collide, several characters gain incredible abilities that emerge in exciting ways. Some of the franchise’s fight sequences, such as the final battle in Avengers: Endgame, are among the finest in cinematic history.

2. The Jokes Throughout Their Stories Fans of the Marvel Cinematic Universe have relished the amount of humor in each film. Even in the worst moments in the saga, there were brilliantly timed quips that lightened the mood and kept the film from taking itself too seriously. Most of the MCU’s jokes are contained in the Iron Man, Thor, Guardians of the Galaxy, Ant-Man, and Spider-Man flicks, making them ideal for those who want to watch darker pictures. Spider-Man: No Way Home, their most recent crossover, was a huge hit with their audience. Fans saw Tobey Maguire and Andrew Garfield’s Spider-Man return, team up with Tom Holland’s Spider-Man, and battle legendary Spider-Man villains.

4. Their Heroes Connect With Viewers And Are Easy To Root For Iron Man and Thor, for example, have had impressive character arcs. Black Panther and Captain America have become two of Marvel’s most popular and well-liked heroes, characterized by their honor. The Marvel Cinematic Universe strives to develop relatable heroes that fans would care about, as evidenced by each of their projects.

5. Their Villains Are Fascinating And Amusing Some fans have discovered that antagonists such as Thanos, Loki, and Killmonger are more appealing to them than the heroes they oppose. As a result of the Mad Titan’s victory and the snapping away of beloved heroes, some fans deemed Avengers: Infinity War to be the best film in the franchise. In Captain America: Civil War, one of the MCU’s cunning reveals was revealed, revealing Winter Soldier as the assassin who killed Iron Man’s parents. The MCU delivered another big shock after Infinity War and Endgame. Mysterio has proven himself to be a brilliant villain after posing as Peter Parker’s friend.

7. Their TV Shows Are Bonded To The Larger Universe The MCU’s movies and series have interwoven in ways no one could have predicted during the last year. Disney+ series like WandaVision, Loki, and Hawkeye have a direct impact on the films — even ones that haven’t yet been produced — introducing a slew of new twists and turns to the franchise. The MCU delivers a final sequence amidst/after the credits in the bulk of their films, offering fans one last laugh or a tease of events to come in the franchise’s future ventures.