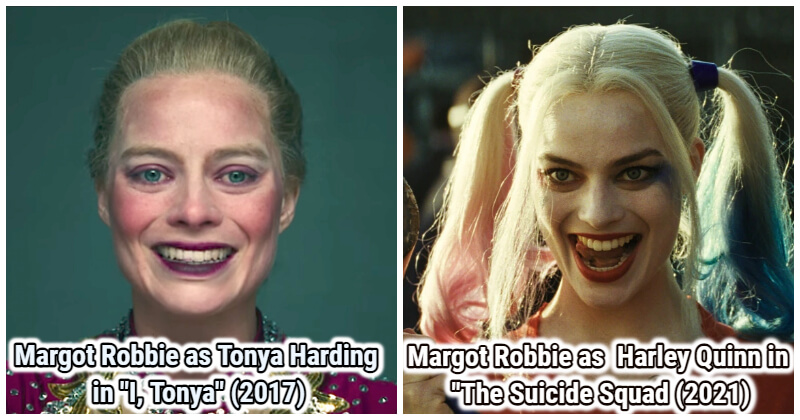 Although Hollywood tries to stereotype performers as “good guys” or “bad guys,” certain actors have excelled as both heroes and antagonists.

It might be tough to view an actor beyond their usual role in your favorite movie. This seems to be especially true when performers portray opposite ends of the moral spectrum. Not many of us can separate ourselves from someone who plays a really inspirational figure, such as Mark Hamill’s Luke Skywalker.

There are actors and actresses who have not only portrayed an iconic hero but have also played an iconic villain. And while we all like watching our favorite performers on screen, we might become bored if we see them portray the same characters again and again.

These performers excelled as both good and evil, transforming into figures that people root for in one movie and despise in the other. We break down our top 10 actors and actresses who can portray both good and bad characters in this article. Silkwood’s principal actress, Meryl Streep, produced a strong performance as the main character. Karen Silkwood was an actual activist who chose to look into the wrongdoings at the factory where she worked. Streep was nominated for an Academy Award for “Best Actress” for her depiction of Karen.

Meryl Streep has since acted in a number of other films, including Mamma Mia! and The Devil Wears Prada. In the latter, she skillfully portrays a demanding and sometimes nasty boss at a major fashion magazine who makes rookie Andrea Sachs’ (Anne Hathaway) tenure there extremely tough. In the film Just Mercy, Michael B. Jordan portrayed a real-life hero, Bryan Stevenson, a defense attorney who seeks to liberate falsely condemned convicts. Critics praised the film and Jordan’s performance, and he was even nominated for an award for his work.

Jordan also played the major villain in Black Panther, demonstrating his versatility as a performer. T’Challa’s right to lead Wakanda is challenged by Erik Killmonger, who throws several impediments in his way. Margot Robbie has shown to be a genuinely talented actor in a variety of roles throughout the years. One of her most well-known roles is that of Tonya Harding in the film I, Tonya, in which she portrays the real-life controversial figure skater. In the film, Robbie plays a vicious and unlikable heroine who goes to extreme measures to ensure her triumph on the ice rink.

Robbie, on the other hand, is as compelling in more positive parts. Another character she portrays, Harley Quinn, is one with whom viewers may empathize, prompting many admirers to cosplay her famous appearance. Since the beginning of his career, Johnny Depp has had the opportunity to perform a variety of characters. He played Edward Scissorhands in the Tim Burton film of the same name in 1990. Edward is an artificial guy who lives alone until he is welcomed into the household of a caring lady.

Depp was also equally believable as a malevolent major character in another Tim Burton film, Sweeney Todd: The Demon Barber of Fleet Street. This isn’t to say that Evans can’t switch sides and play a villain. He portrays Ransom Drysdale, the primary antagonist, in the mystery thriller Knives Out. Rachel McAdams portrays a lady in the renowned romantic movie The Notebook who is unable to stay with the guy she loves and must overcome several obstacles, making it simple for the viewer to empathize with her.

In the same year, she starred as Regina George in the comedy Cruel Girls, in which she played a mean role. Her effective depiction of the snooty yet clever and crafty adversary demonstrates her versatility. Matt Damon is most known for his part in Good Will Hunting, but he has also delivered a number of other impressive performances. He portrayed a mercenary who finally transforms into a hero in The Great Wall, assisting people in the struggle against mystical, horrific animals.

In The Talented Mr. Ripley, Damon’s brilliance is clearly evident. He plays Tom Ripley in this film, a devious, manipulative figure who would go to any extent to obtain what he wants. Heath Ledger plays William Thatcher, a peasant who decides to take on a new identity in A Knight’s Tale. As a result, he’s not your standard hero in shining armor, which results in a lot of comedic moments. Heath Ledger’s character, however, overcomes numerous challenges and even finds true love in the end.

In A Dark Knight, Ledger reprises his previous innocent and daring performance as the Joker. Joker is one of the worst villains of all time because he lacks empathy. He is, on the other side, a genius who opposes the film’s hero, Batman.